The crucible of CanLit

what is a crucible ?

There are three simple definitions for crucible and they include:

who cares about this definition ?

I love dictionaries and have always looked up the meaning of words. I want to ensure I know the full meaning so that I don’t offend and make a faux pas. Mistake. Error. Mud on my face. You get the picture.

A couple of months ago I pitched ME as a MODERATOR to Evan Munday, Interim Director at Word On The Street. I’ve volunteered as a bookseller for Penguin Random House Canada at Ben McNally Books and Mable’s Fables booths for the thirteen years I’ve worked for PRHC. This year I wanted to be on stage and show that I could facilitate a panel. Truthfully I thought I could do this - I am a trained actor with improv skills - but I didn’t really know if I could and unless I tried and put my foot forward I would never know!

Evan said “yes” he could use me for the Canadian Magazines Stage. The segment was called: Literary Magazines: The Crucible of CanLit? 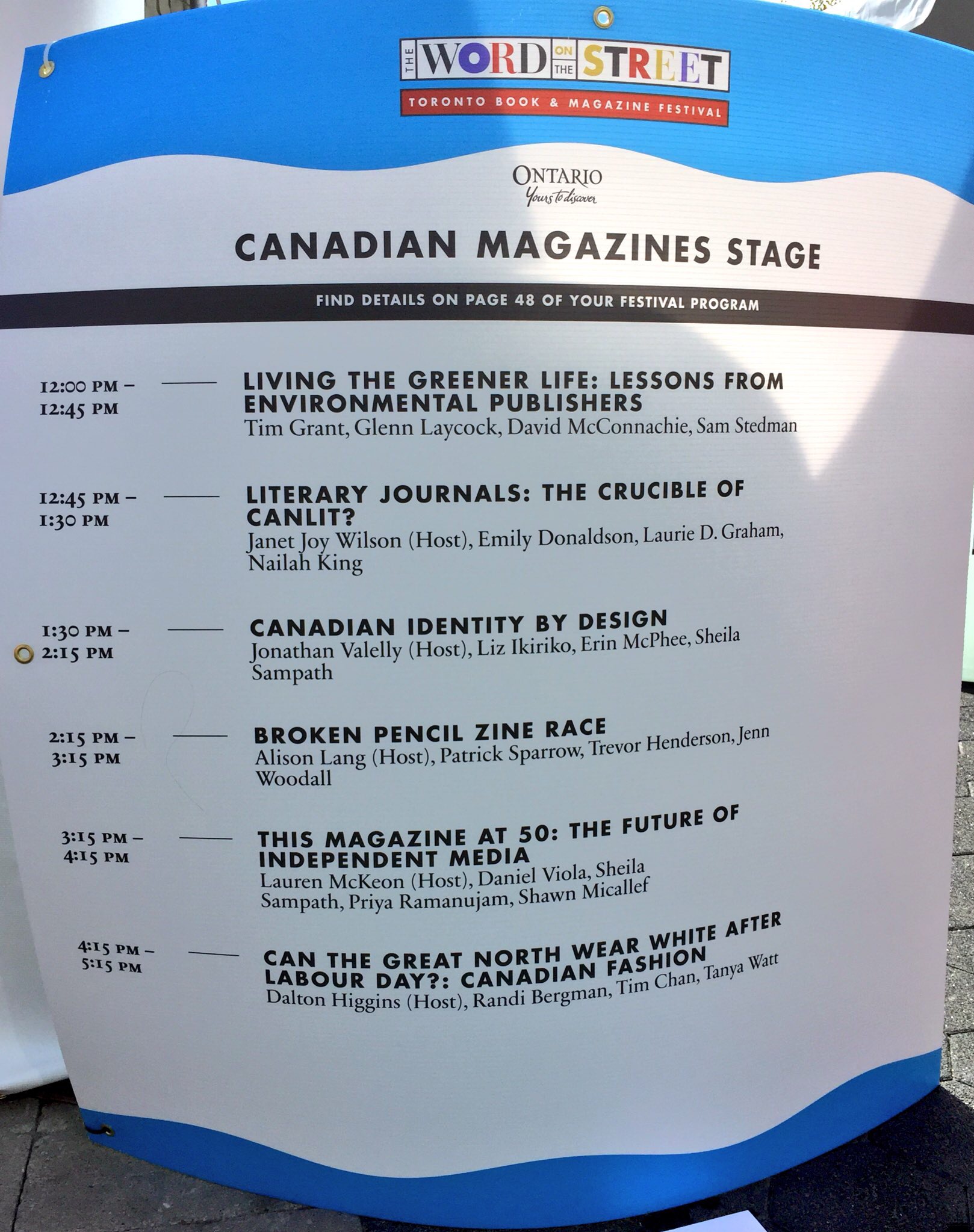 Oh my. I don’t have any background in magazines except I like to read them - not People but not Walrus either. So I have some homework to do! 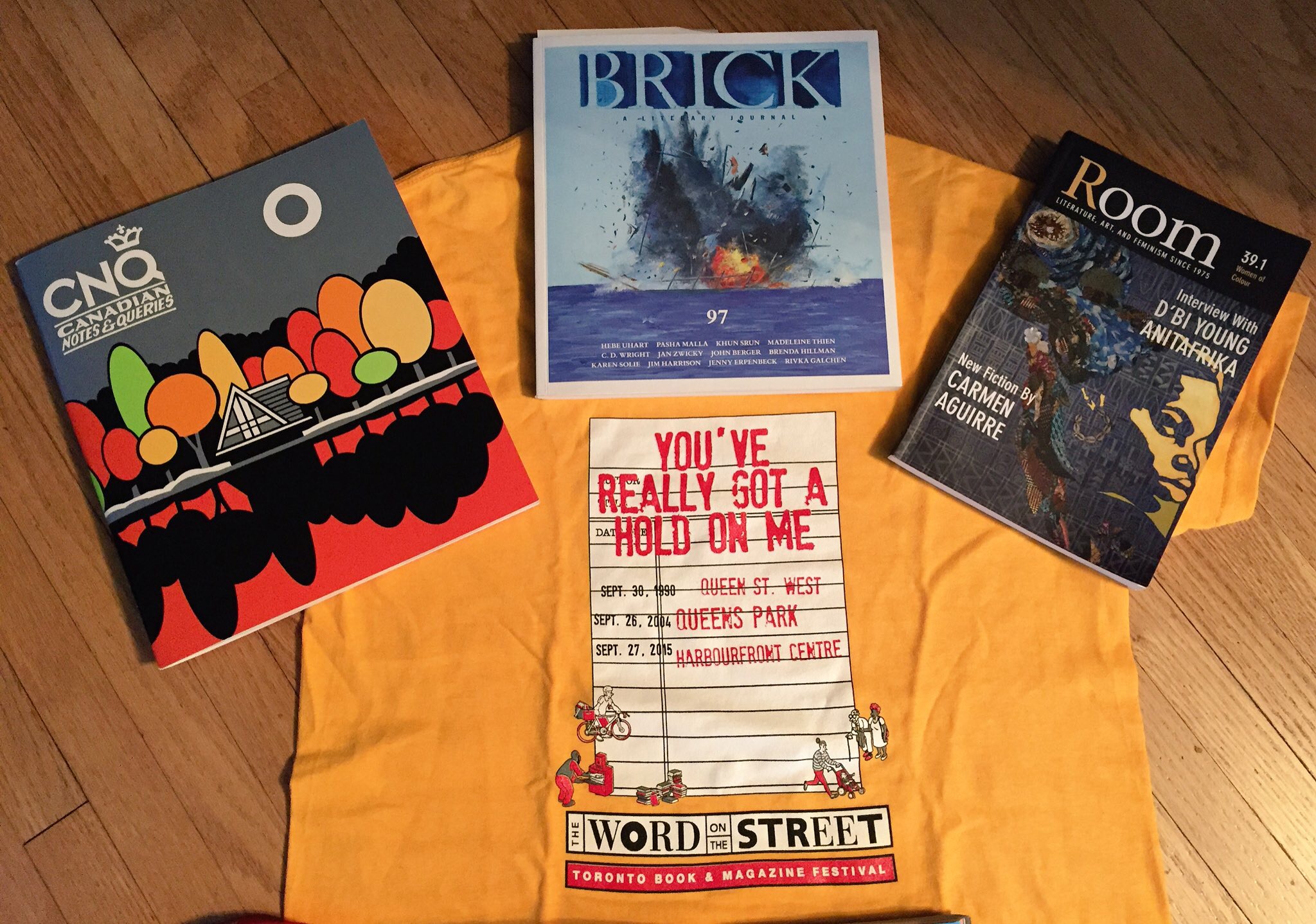 The more I read about the journals and the women, the more impressed I was. So here’s what I found out…

“Brick is an unpredictable, original, yet reliable feast which I’ve enjoyed year after year. Nobody who cares about books or life could be disappointed in it.” —Alice Munro

Brick is an international literary journal published twice a year out of Toronto. With a focus on literary non-fiction—and a willingness to stray when their hearts are taken—the magazine prizes the personal voice and celebrates life, art, and the written word with the most invigorating and challenging essays, interviews, translations, memoirs, belles lettres, and unusual musings they can get their hands on.

They’re guided by the quotation that appears on the masthead of every issue of Brick:

“Works of art are of an infinite loneliness and with nothing to be so little appreciated as with criticism. Only love can grasp and hold and fairly judge them.”

In their pages, you’ll find opinion, passion, revelation, and the occasional bad joke. Each issue of Brick brings new essays and insights from the world’s best-loved writers and introduces fresh, emerging voices from all over. Since its inception in 1977, Brick has featured such heavyweights as John Berger, Karen Solie, Juan Gabriel Vásquez, Zadie Smith, John Irving, and Louise Erdrich.

As much a feast for the eyes as it is for the mind, Brick regularly features art and photographic inserts and has been widely praised for its design. Every six months, they are building an artifact—a volume to read and keep and return to.

Brick was founded in London, Ontario, in 1977 by Stan Dragland and Jean McKay. From 1985 until 2013, Michael Ondaatje led the magazine and helped to establish its international reputation, leaving a legacy of intellectual curiosity and passion for the written word.

Now based in Toronto and edited by Linda Spalding, Michael Helm, Rebecca Silver Slayter, Laurie D. Graham, and Martha Sharpe, [Brick](https://brickmag.com/ brings international voices to Canadian readers and Canadian voices to the world in the widest and most galvanizing exploration of the arts possible.

In number 97, Nadia Szilvassy unofficially themes this issue as “bittersweet” as they celebrate the work of two writers and mourn their loss. It is also bittersweet for Nadia as it is her last issue as publisher. But she says, “…changes at the Brick over its forty-year history have always been expansive and energizing. … Who better, then, to head up this new age of Brick than a poet? Currently a Brick editor, Laurie D. Graham is one of the finest new voices to emerge in poetry anywhere (see Settler Education, published by McClelland & Steward spring 2016).” 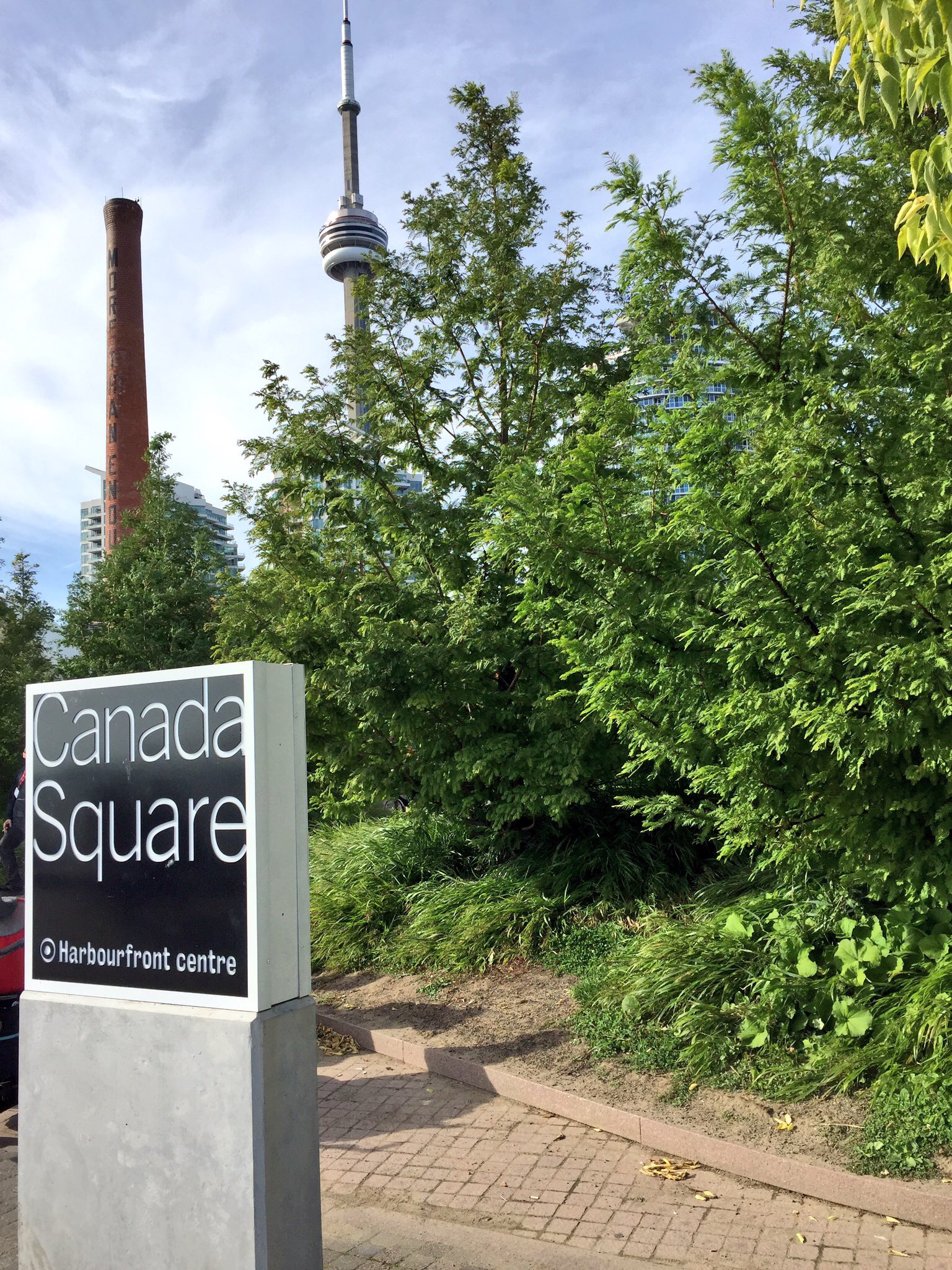 what is Canadian Notes & Queries?

“CNQ is dedicated to exploring the alleys and roads less travelled of Canadian literature. No fawning profiles of hot authors, in other words. No reports on six-figure advances or who’s travelling to Pyongyang on behalf of PEN or what publisher is earning 70 per cent of its revenue from e-books. What matters here is the backward glance, the appreciation, the rumination, the memoir.” —James Adams, Globe & Mail

“ … it may be the best literary journal in the land.” —John Fraser, The National Post

Canadian Notes & Queries was first published in 1968 by William Morley as a four-page supplement to the Abacus, the newsletter of the Antiquarian Booksellers Association of Canada. Modelled on the British Notes & Queries, it was a journal, as Morley wrote, “of little discoveries encountered, often by serendipity, in the course of scholarly investigation,” and queries which often arise in the course of research which are beyond one’s “present resources to solve.” Morley passed on the magazine to Douglas (now George) Fetherling 22 years later, and Fetherling, sensing that the internet would soon take over the magazine’s function as an academic bulletin, reinvented it until it took on something more closely resembling its present format: a journal of literary, cultural and artistic history and criticism. Fetherling continued publishing the magazine with either “charming” or “calculated” irregularity—until 1997, when he passed it on to Tim and Elke Inkster of the Porcupine’s Quill. The Inksters published 18 more issues over the next nine years, before selling it to Biblioasis in 2006.

Emily Donaldson is a critic, writer, and editor whose work appears regularly in Canada’s major newspapers as well as other publications. In addition to her freelance work, Emily worked as a writer for a community newspaper in Sioux Lookout, Ontario, and for six years at the Canadian Broadcasting Corporation (CBC) in Toronto.

In 2015 she became the first female editor-in-chief of CNQ. Born and raised in Montreal, she now lives in Toronto.

“It is necessary to have five hundreds (pounds) a year and a room with a lock on the door if you are to write fiction or poetry.”-Virginia Woolf, A Room of One’s Own

Room Magazine is Canada’s oldest literary journal based in Vancouver by and about women. Published quarterly by the West Coast Feminist Literary Magazine Society, also known as the Growing Room Collective, Room Magazine showcases fiction, poetry, reviews, art work, interviews and profiles about the female experience. Many of their contributors are at the beginning of their writing careers, looking for an opportunity to get published for the first time. Some later go on to great acclaim. Room Magazine is a space where women can speak, connect, and showcase their creativity. Each quarter they publish original, thought-provoking works that reflect women’s strength, sensuality, vulnerability, and wit.

Nailah King co-edited Room Magazine Women of Colour issue. She is an alumnae of UBC in English Literature and is a lover of pop culture, gifs, and literature. She is currently working on a web-series, a novel, and retaining her sanity.

what will a WOTS audience want to hear about?

We got together for a drink the night before as suggested by the amazing Loribeth Gregg,WOTS Programming Assistant. Over a glass of pinot noir at The Walton, a friendly neighbourhood cocktail bar with the world’s most adorable patio on College Street we got to know each other. 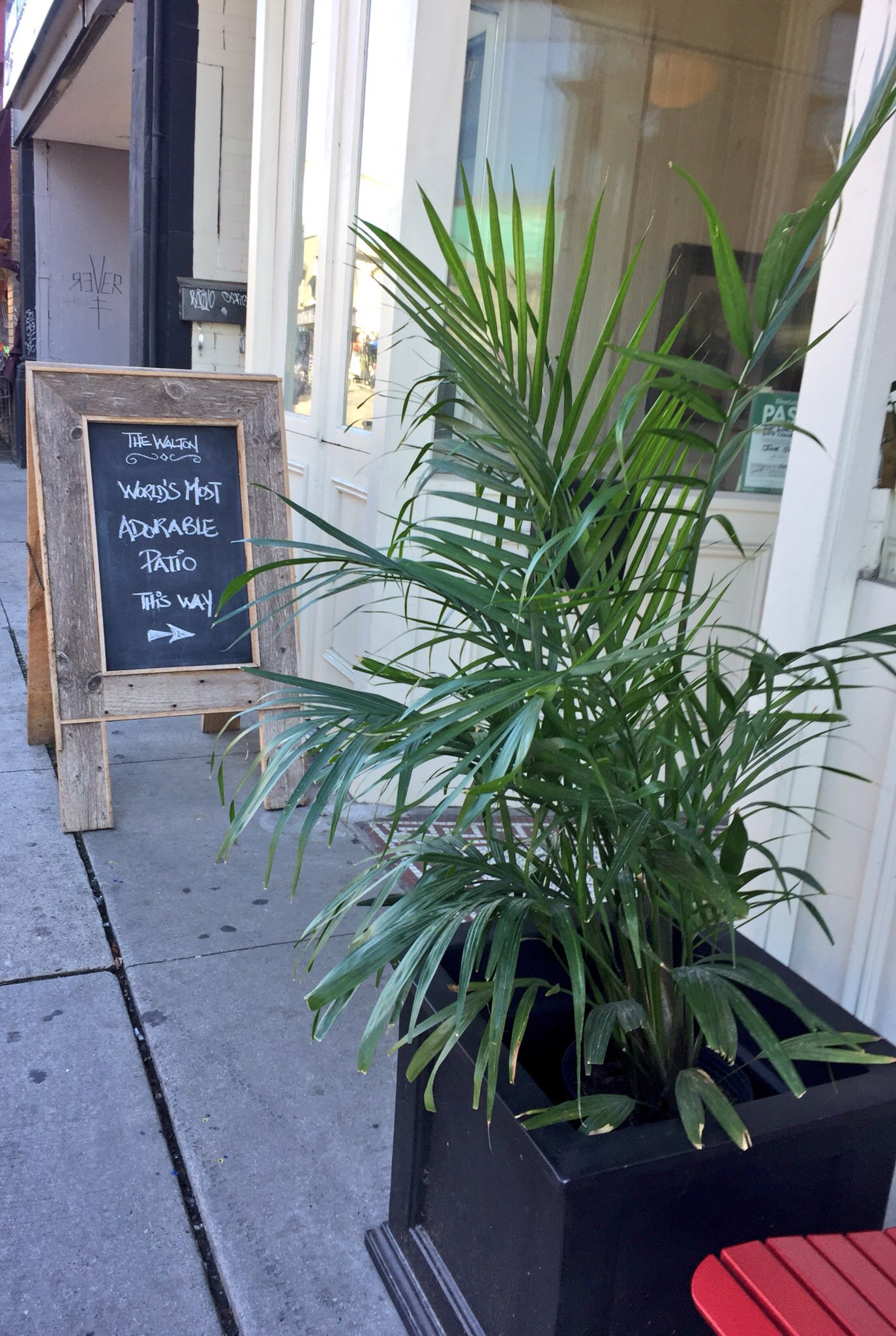 The patio inspired the following questions:

As a final piece of my research before getting on stage at WOTS, I read a piece from each journal. Here’s what I loved:

The first colour issue and perfect for this graphic novel.

Brick’s SCENES FROM A CYCLING LIFE by Christina Palassio

Recommended to me by Laurie since I shared early in the evening that I was a cycling activist. 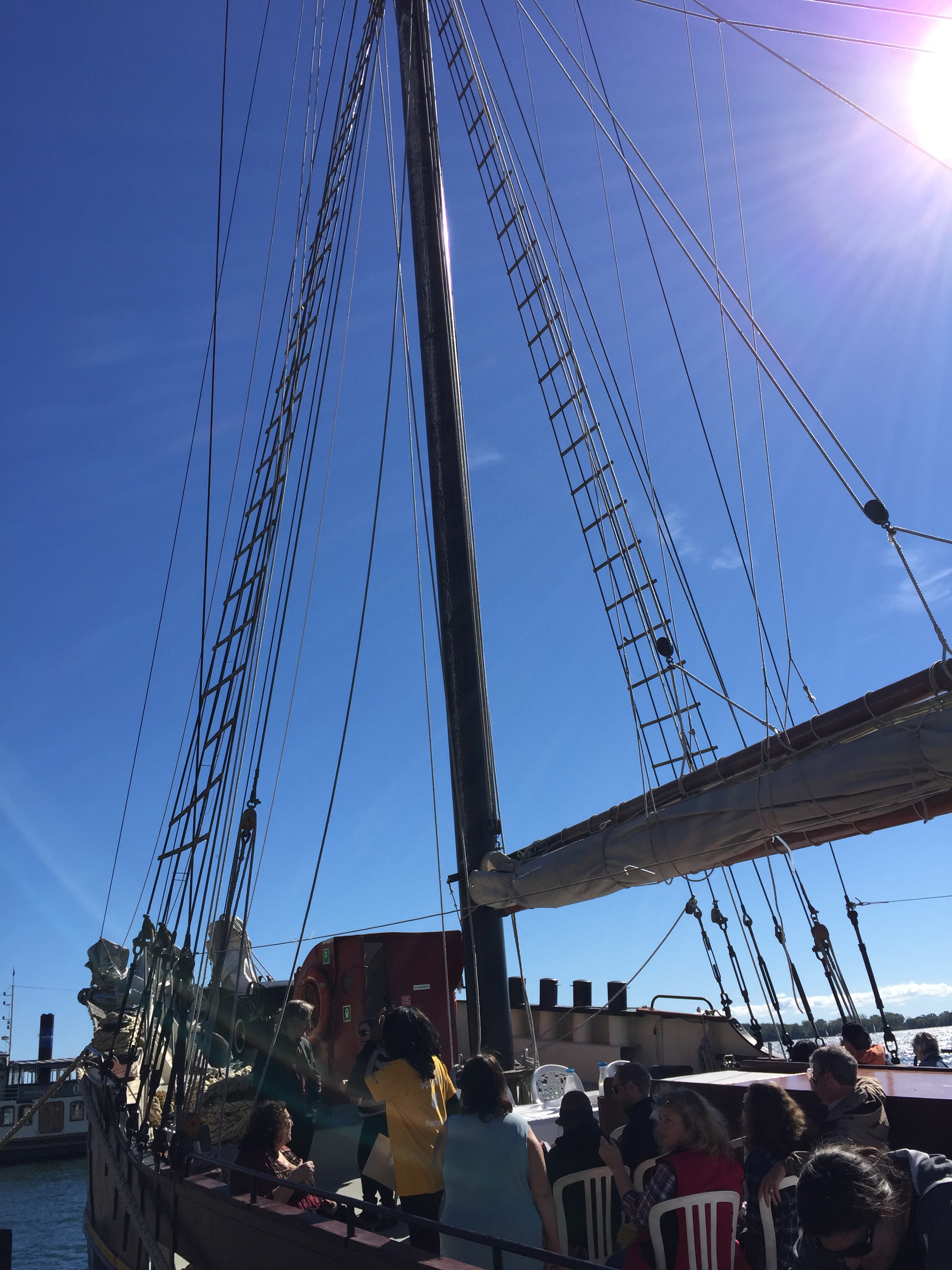 If you aren’t familiar with these fine literary journals, I invite you to set sail on a new ship and discover a new land!