On November 1st I pinned a red poppy to the lapel of my black suit jacket. These red flowers are worn to commemorate fallen soldiers of past wars dating back to the First World War, leading up to November 11th. 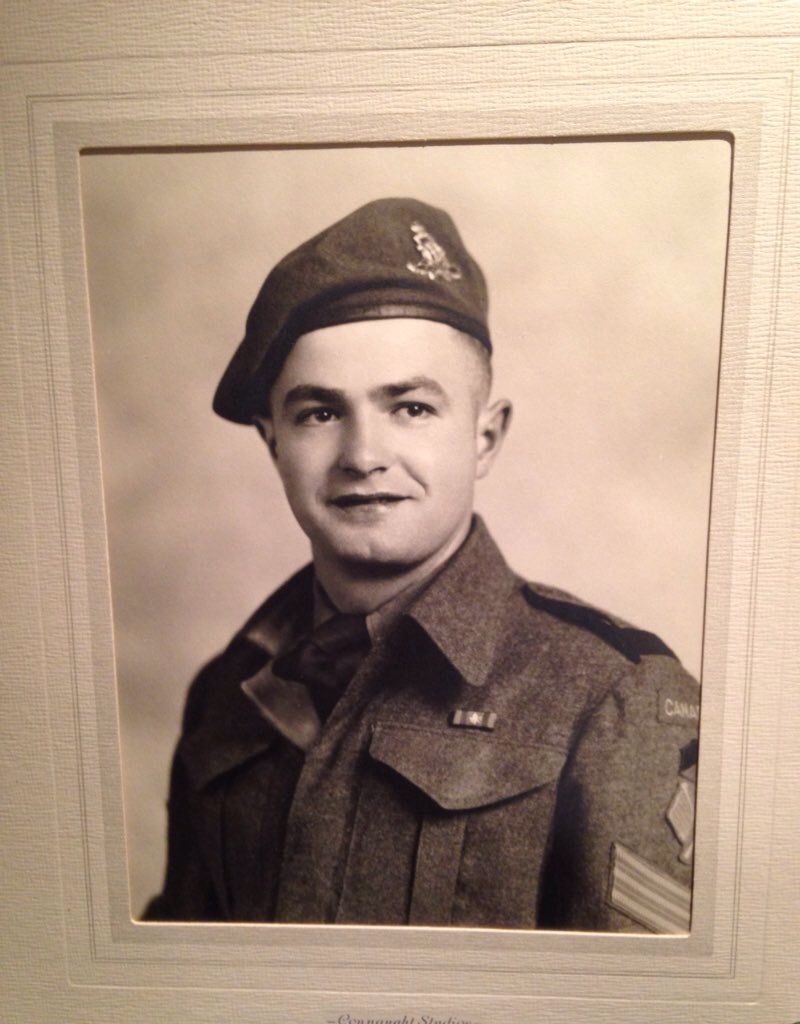 During World War 2 my father was in the 25th Field Regiment for the Royal Canadian Artillery. His photo doesn’t tell me what he felt. What he saw. I truly can’t imagine what it must have been like to be a young man, off a farm in southern Ontario and serving his country in uniform. He told few stories about that time. The ones he shared were always about the people he met or the ice cream he ate.

the story of the poppy

According to the Royal British Legion, this is the story of the poppy: “In the spring of 1915, shortly after losing a friend in Ypres, a Canadian doctor, Lieutenant Colonel John McCrae was inspired by the sight of poppies growing in battle-scarred fields to write a now famous poem called ‘In Flanders Fields’. After the First World War, the poppy was adopted as a symbol of Remembrance.” 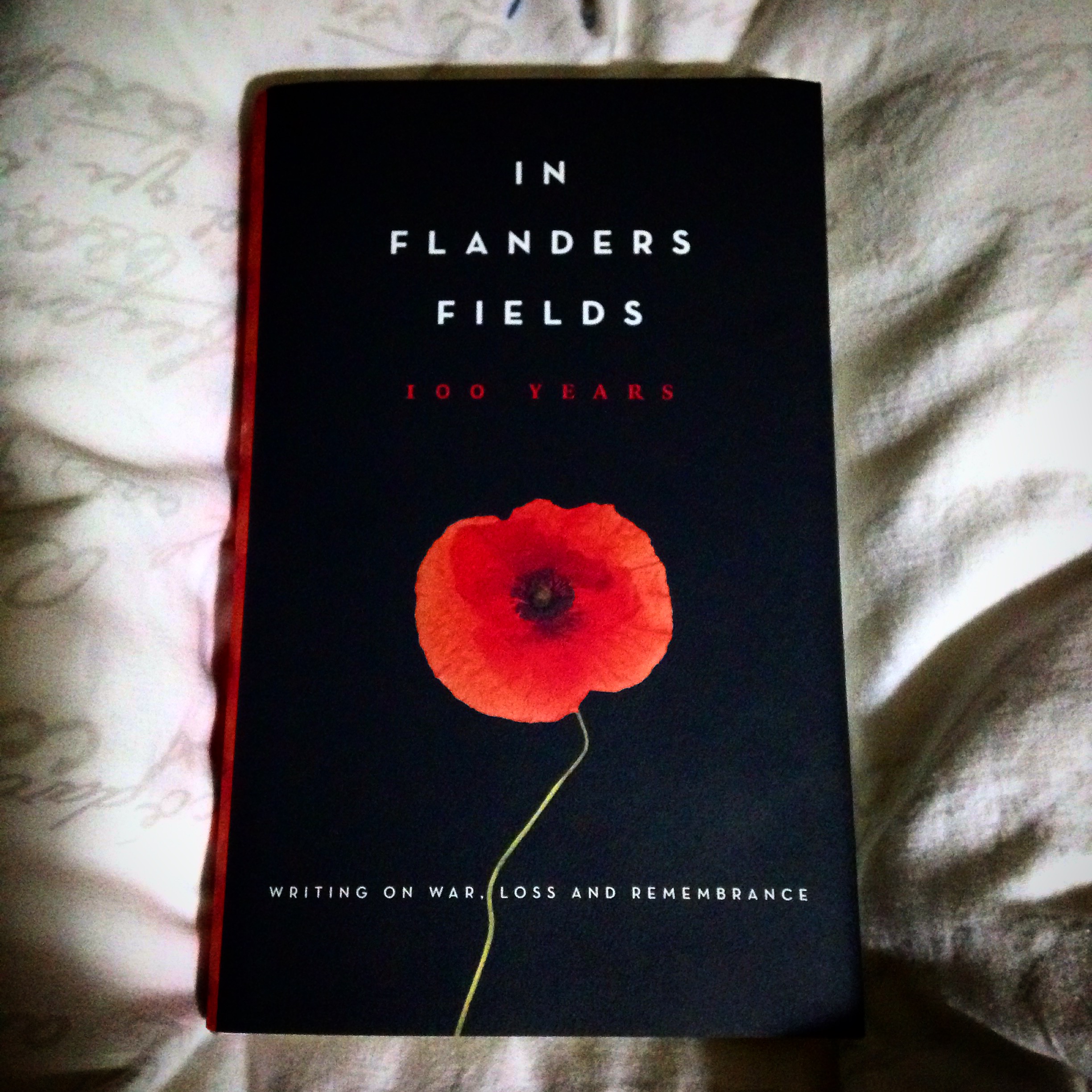 In Flanders Fields: 100 Years Writing on War, Loss and Remembrance

This is a beautiful book conceived and edited by the extraordinary Amanda Betts. It’s a stunning collection of 13 essays from Canada’s finest historians, novelists and poets who contemplate the evolving meaning of the 100 year old poem, the man who wrote it and the WWI setting from which it emerged. Gorgeously designed in full colour with archival and contemporary images, it is the perfect gift for history and literature fans.

I love this anthology because it contains a diverse assortment of writing from Margaret Atwood, Ken Dryden, Joseph Boyden, Hannah Moscovitch to name but a few and includes the incomparable Lieutenant General Romeo Dallaire’s emotional meaning of the poem.

I also want to call out the following for their contribution to this collection of essarys: Managing Editor - Deirdre Molina; Archival image research - Blake Heathcote (author of UNREMARKABLE); Copy editor - Alex Schultz; Design - Scott Richardson; and Production by Brittany Larkin.

The poem is in our national consciousness and this literary collection will endure like the memories we have of our history. 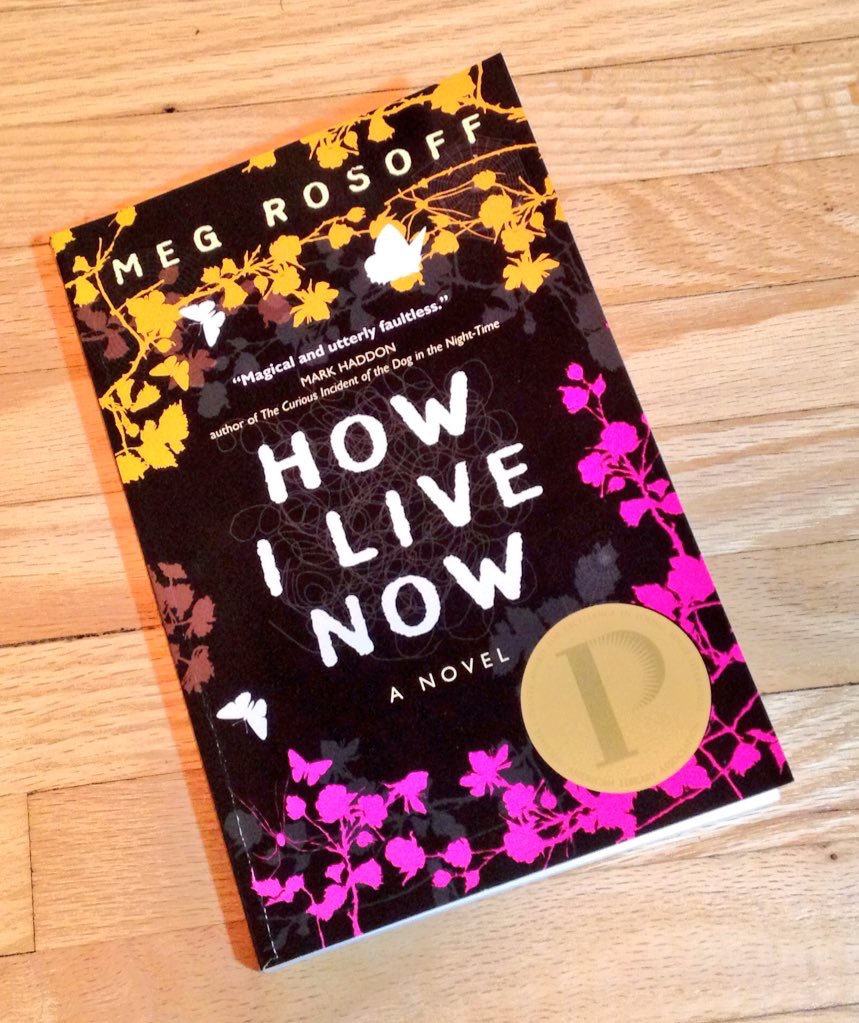 How I Live Now by Meg Rosoff for ages 12 & up from Random House Children’s Books.

15 year old Daisy is sent from Manhattan to England to visit her aunt and cousins she’s never met! Her aunt leaves them alone and the next day the bombs go off as London is attacked and occupied. Now there are no adults in charge, the house is a kind of Eden until the war is everywhere. It’s a war story, a survival story and a love story!

This was Rosoff’s first novel and she received excellent reviews:

“This riveting first novel paints a frighteningly realistic picture of a world war breaking out in the 21st century . . . Readers will emerge from the rubble much shaken, a little wiser, and with perhaps a greater sense of humanity.” - Publishers Weekly, Starred

“That rare, rare thing, a first novel with a sustained, magical and utterly faultless voice. After five pages, I knew she could persuade me to believe anything.” —Mark Haddon, author of The Curious Incident of the Dog in the Night-Time 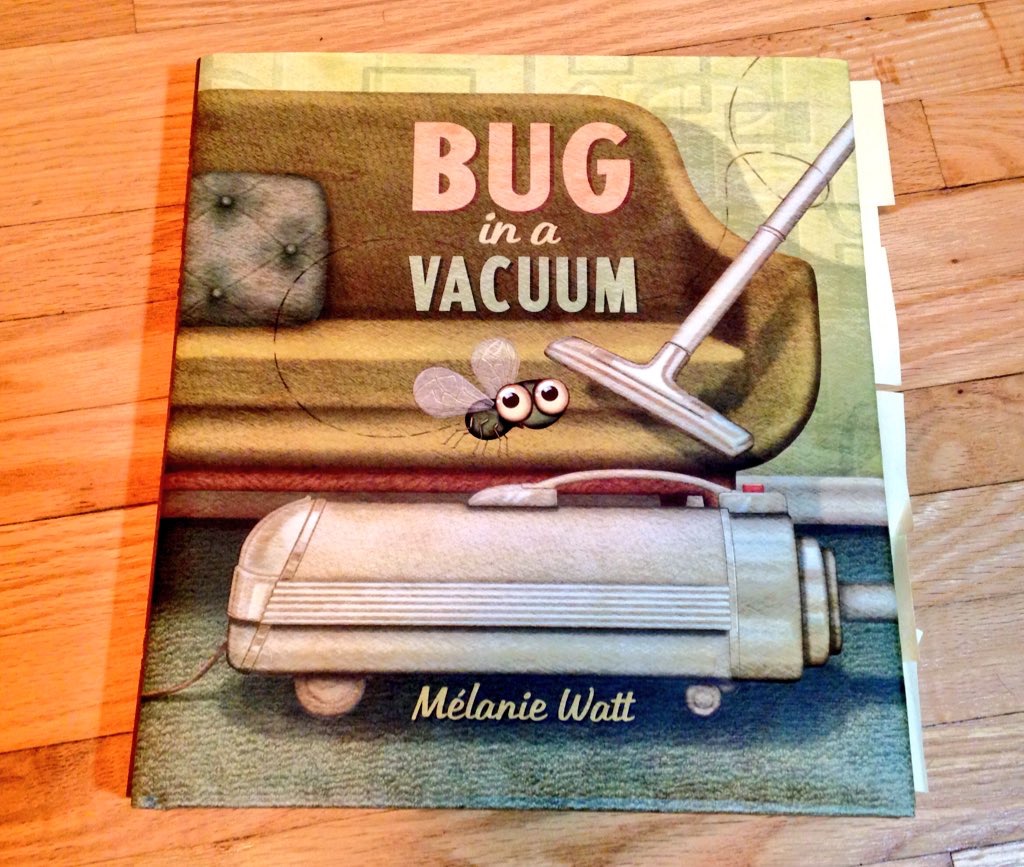 Bug in a Vacuum by Mélanie Watt For 5-9 year olds from Tundra Books.

A bug flies through an open door into a house, through a bathroom, across a kitchen and bedroom and into a living room … where its entire life changes with the switch of a button. Sucked into the void of a vacuum bag, this one little bug moves through denial, bargaining, anger, despair and eventually acceptance – the five stages of grief – as it comes to terms with its fate. Will there be a light at the end of the tunnel? Will there be dust bunnies in the void? A funny, suspenseful and poignant look at the travails of a bug trapped in a vacuum. AND there is a terrific Educator’s Guide here.

“The double-page artwork cleverly illustrates these traumatic events with a muted palette and cute, cartoony characters. Much of the humor is tongue-in-cheek. There is plenty of detail in the illustrations that will evoke adult chuckles and encourage children to look closer …. The award-winning author of the “Scaredy Squirrel” series (Kids Can) is back with an equally engaging, if a bit more sophisticated, picture book to delight audiences.” - School Library Journal

Here’s the segment from The Morning Show on November 11 2015.