Loving a book is a simple relationship.

No swiping right or left. No ghosting. No waiting for a phone call.

Yes unconditional love. Yes turn the pages as fast or as slow as you want. Yes to any genre. 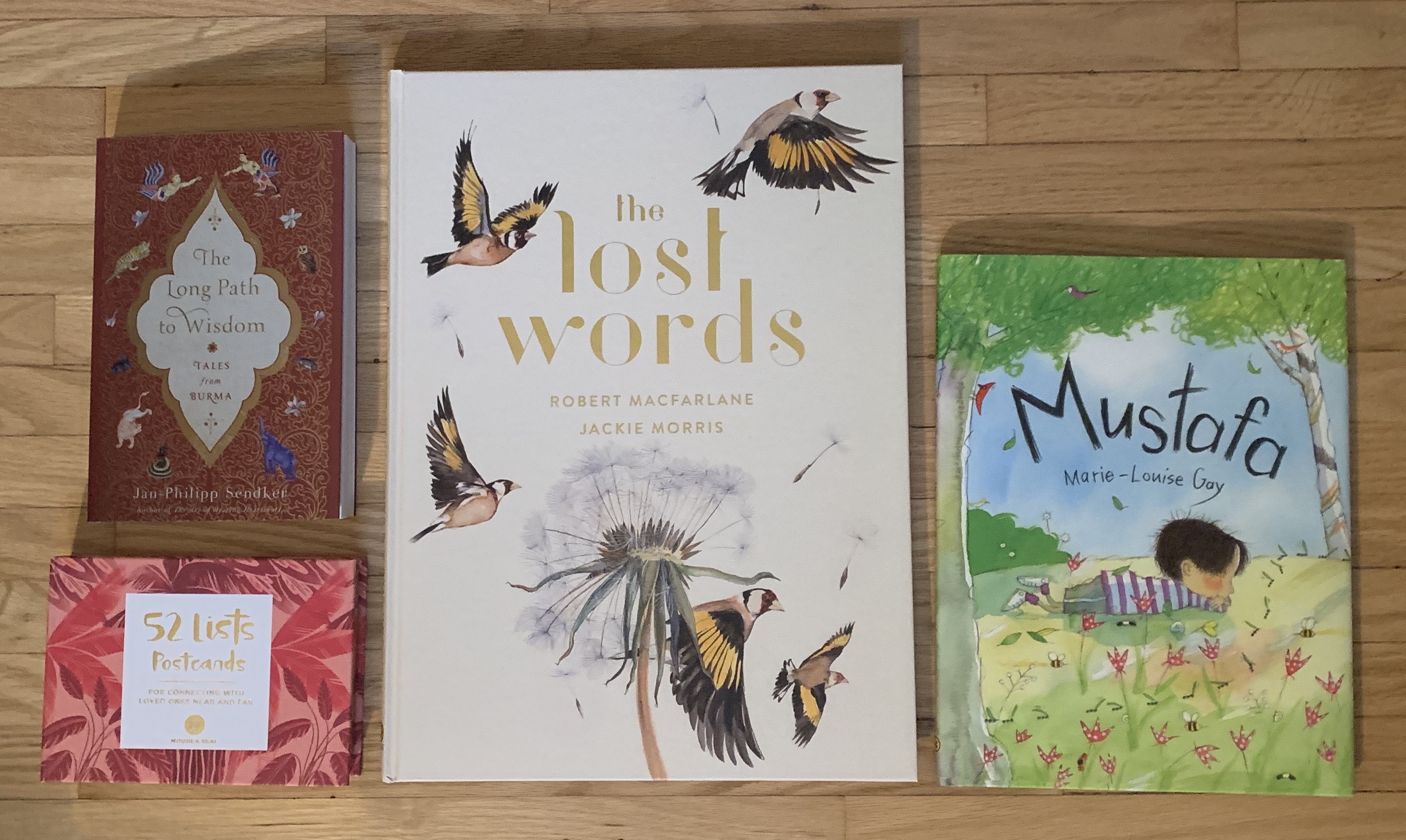 My joy was sparked last month when I cycled to House of Anansi offices which is conveniently located next to the West Rail Path in Toronto.

The Lost Words by Robert Macfarlane and Jackie Morris was offered to me.

I was immediately spellbound by this oversized hardcover book. 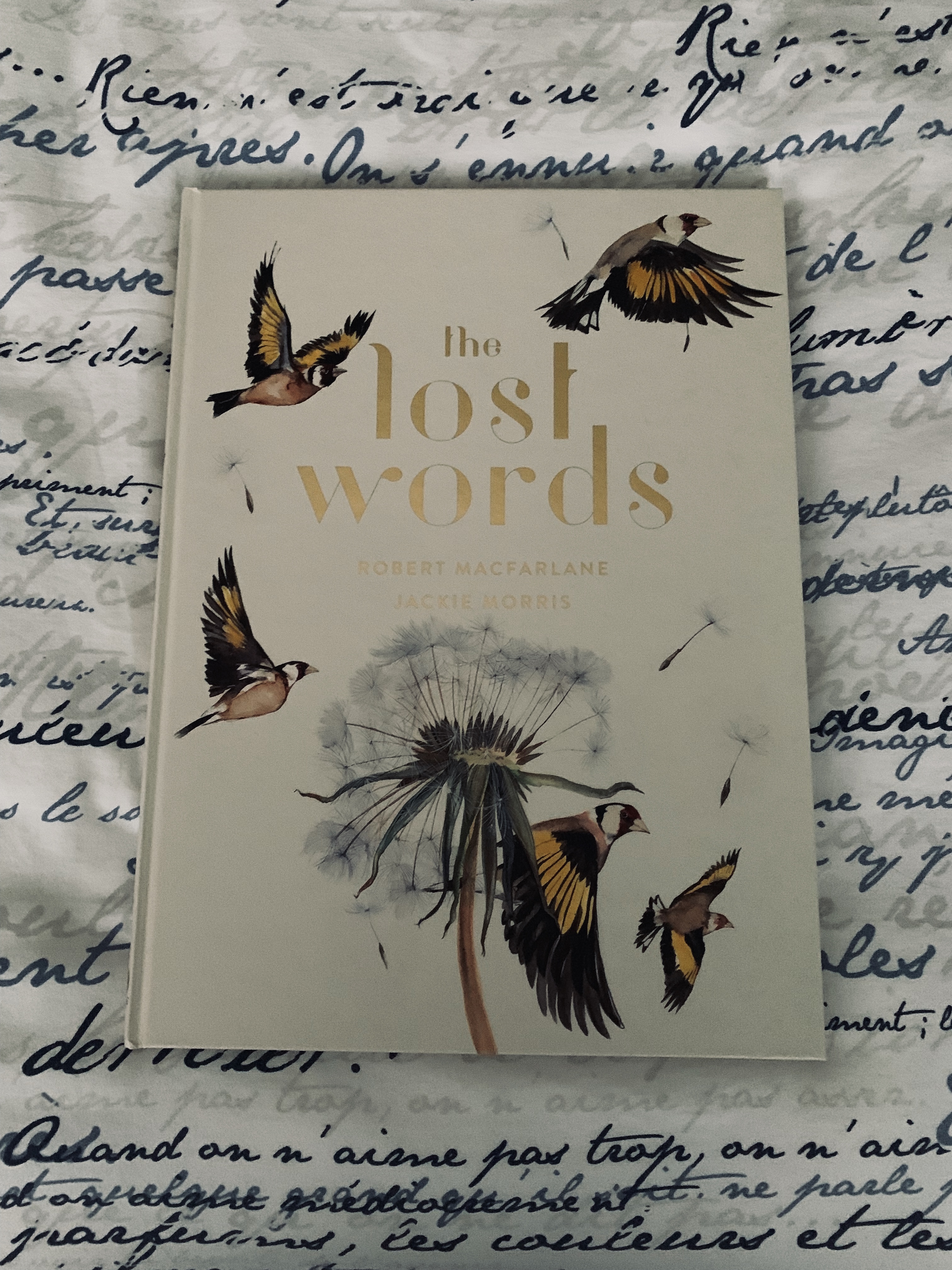 “In 2007, when a new edition of the Oxford Junior Dictionary — widely used in schools around the world — was published, a sharp-eyed reader soon noticed that around forty common words concerning nature had been dropped. Apparently they were no longer being used enough by children to merit their place in the dictionary. The list of these “lost words” included acorn, adder, bluebell, dandelion, fern, heron, kingfisher, newt, otter, and willow. Among the words taking their place were attachment, blog, broadband, bullet-point, cut-and-paste, and voice-mail. The news of these substitutions — the outdoor and natural being displaced by the indoor and virtual — became seen by many as a powerful sign of the growing gulf between childhood and the natural world.

Ten years later, Robert Macfarlane and Jackie Morris set out to make a “spell book” that will conjure back twenty of these lost words, and the beings they name, from acorn to wren. By the magic of word and paint, they sought to summon these words again into the voices, stories, and dreams of children and adults alike, and to celebrate the wonder and importance of everyday nature. The Lost Words is that book — a work that has already cast its extraordinary spell on hundreds of thousands of people and begun a grass-roots movement to re-wild childhood across Britain, Europe, and North America.”

It was first published a year ago in the U.K., “The Lost Words” has been called a “cultural phenomenon” by the Guardian and sparked a movement.

More than 30 grassroots fundraising campaigns emerged to get the book in schools in England, Wales, Scotland and Ireland. Similar campaigns are under way North America. In Canada, Munro’s Books in Victoria is donating $8 from the sale of every copy to the Swan Lake Christmas Hill Nature Sanctuary, in support of their educational programs for children. The book has also been adapted into music and stage projects, a short film, and is being developed into a feature. It’s also being used by numerous organizations who use poetry as a form of therapy with patients who have suffered trauma or have dementia, Alzheimer’s and other forms of memory loss — patients who have lost their own words and are trying to find language again. 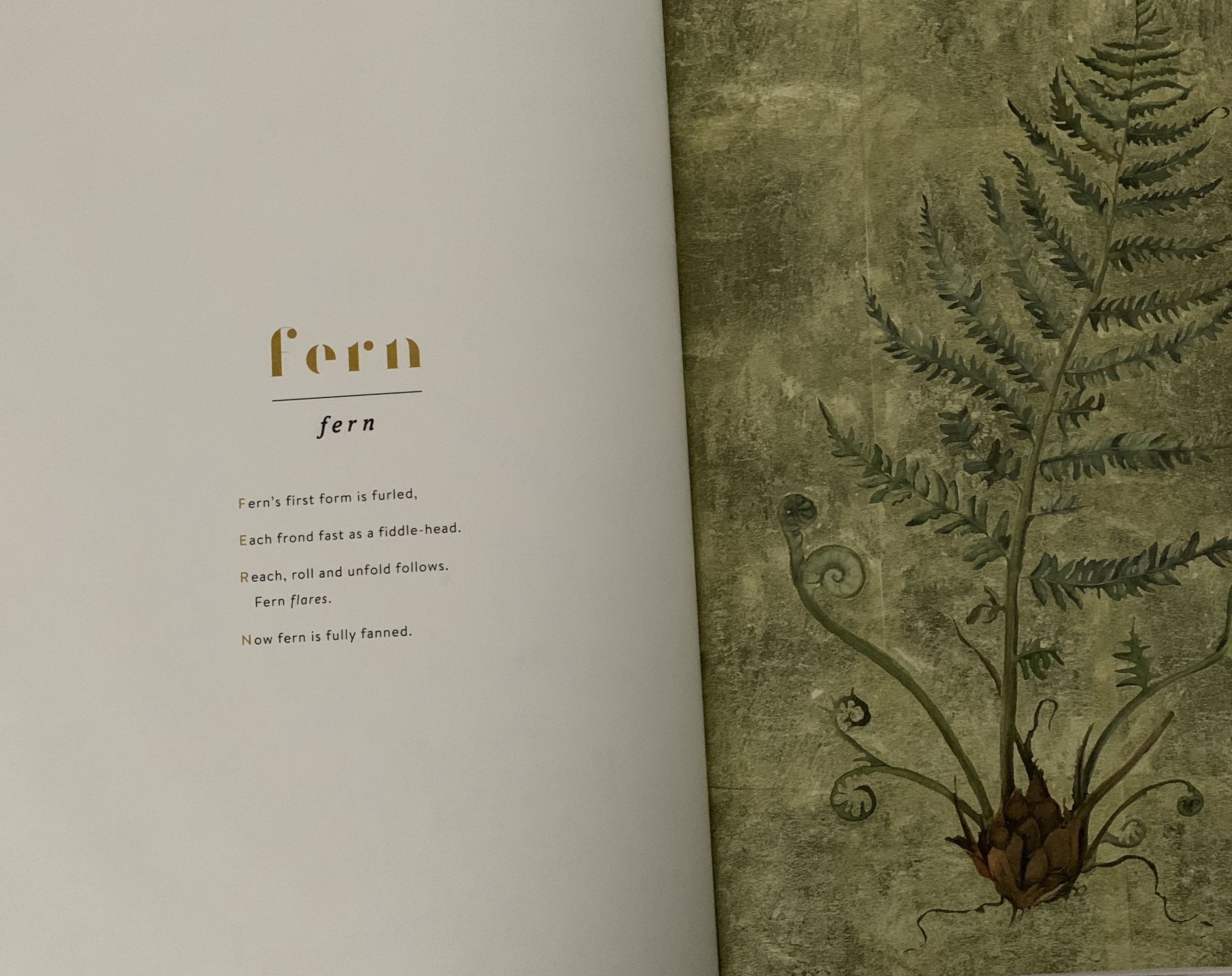 From The Guardian article “For each word, I wrote a summoning spell-poem to be spoken aloud by the reader, seeking to conjure these common names back into the mouth and the mind’s eye. “Otter enters water without falter – what a supple slider out of holt and into water”, starts the Otter spell. “This shape-shifter’s a sheer breath-taker, a sure heart-stopper, but you’ll only ever spot a shadow-flutter, bubble-skein, and never (almost never) actual otter.” Jackie, a magician of watercolour and pencil, painted first the creature or plant’s absence, then its reappearance as an icon set glowingly on gold leaf, and lastly its full restoration to the habitat of which it is part.” 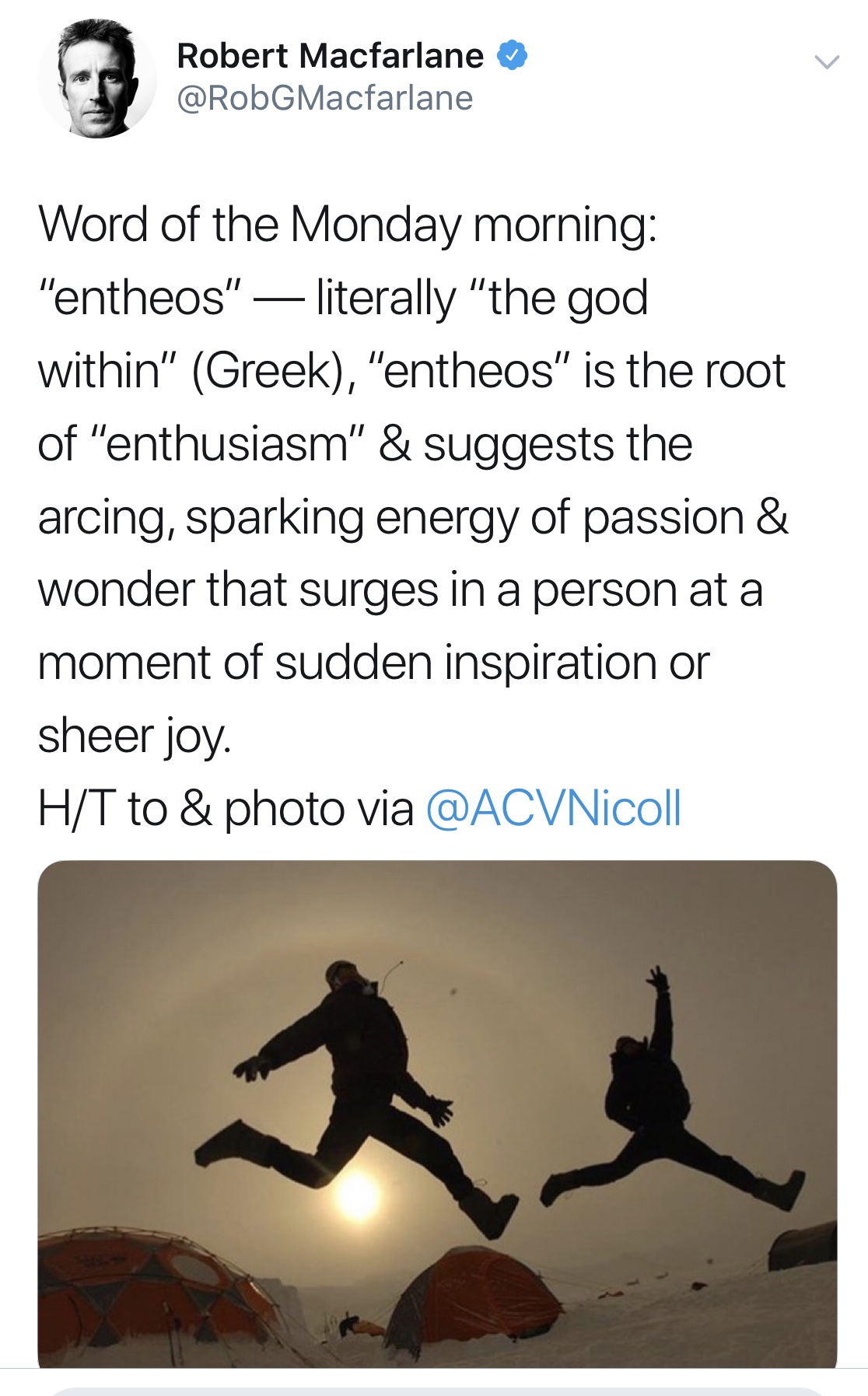 ALSO I must nudge you to follow Robert Macfarlane on Twitter and or Instagram. His word of the day is extraordinary! PLUS read his award-winning trilogy of books about landscape and the human heart: Mountains of the Mind, The Wild Places, and The Old Ways. AND wait patiently for his newest book Underland due in Canada June 2019. 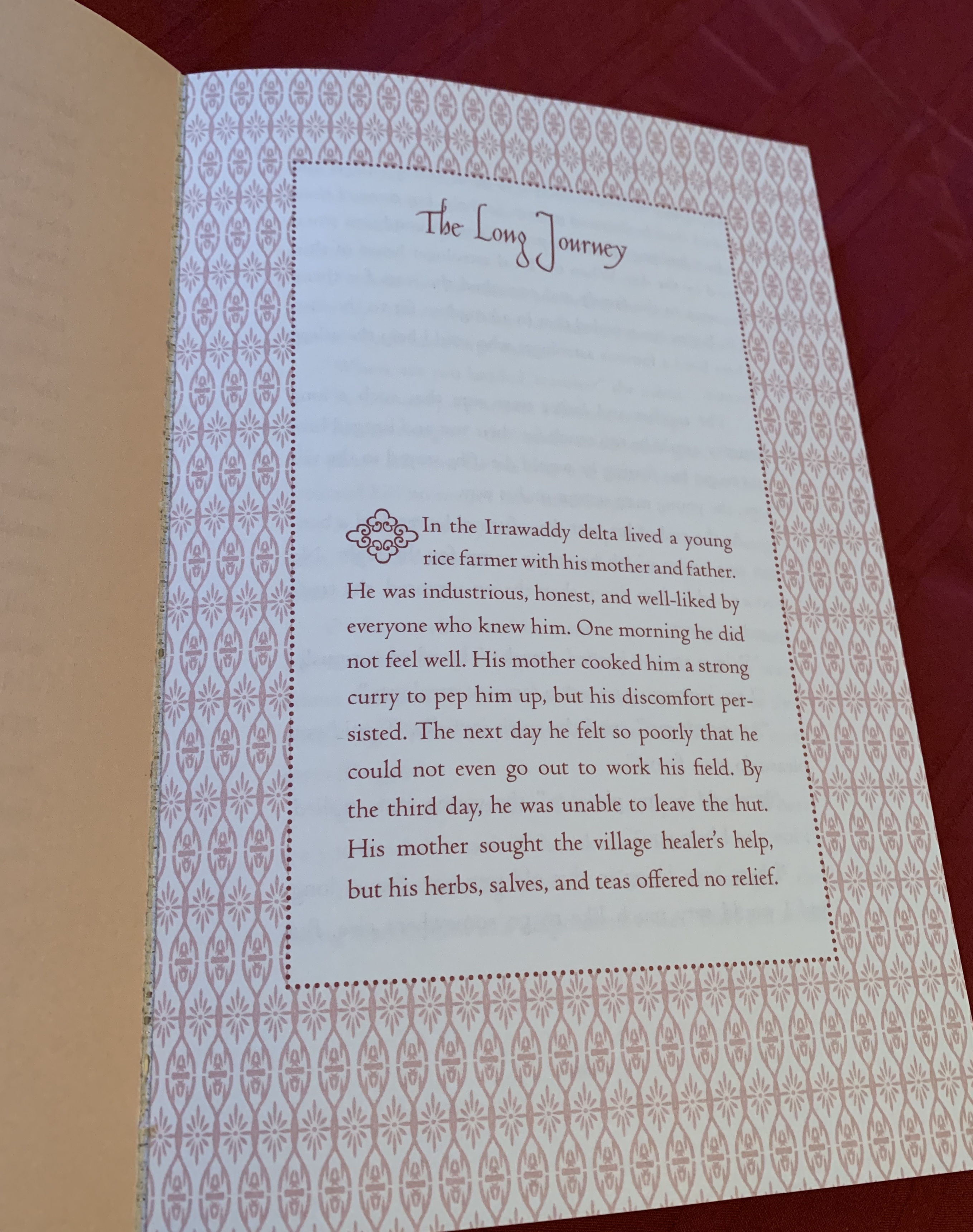 Sendker has been visiting Myanmar (Burma) since 1995. While he was researching his novels, he collected numerous folktales and fables. Moving stories that spoke to the rich mythology and spirituality of the people. These evocative stories were collected into a tactile paperback running the gamut of human emotions.

His first book The Art of Hearing Heatbeats remains closest to my heart. Here’s a link to resources for Book Clubs because after you read it you WILL want to talk about it with your book loving friends.

“He expected nothing more from life. Not because he was disappointed or embittered. He expected nothing because there was nothing of importance that he had not already experienced. He possessed all the happiness that a person could find. He loved and was loved. Unconditionally.” ― Jan-Philipp Sendker, The Art of Hearing Heartbeats 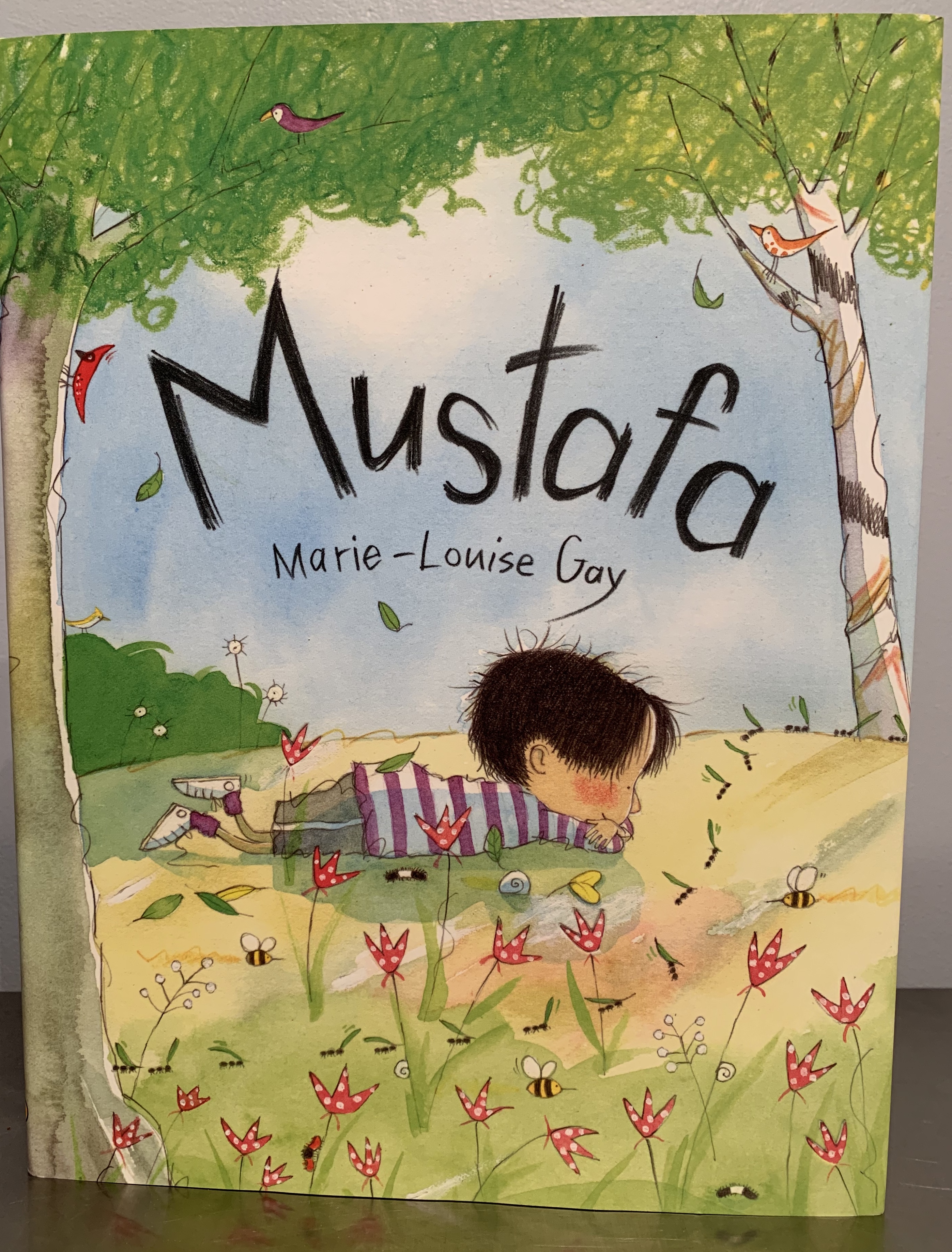 I love this gentle, thoughtful story about trying to feel at home in a new place.

Mustafa’s family traveled a very, very long way to get their new country. In the park he discovers so very, very much but is afraid because he doesn’t understand the words the other kids use. Eventually, laughter becomes a shared language.

“A touching story about adjustment, recovery, love, and friendship, told of a boy whose family moves to a new country due to war. . . . An invaluable resource for those working with children from resettled refugee families as well as host communities.” Kirkus, STARRED REVIEW

Mustafa by Marie-Louise Gay is for kids 4-8 years old. 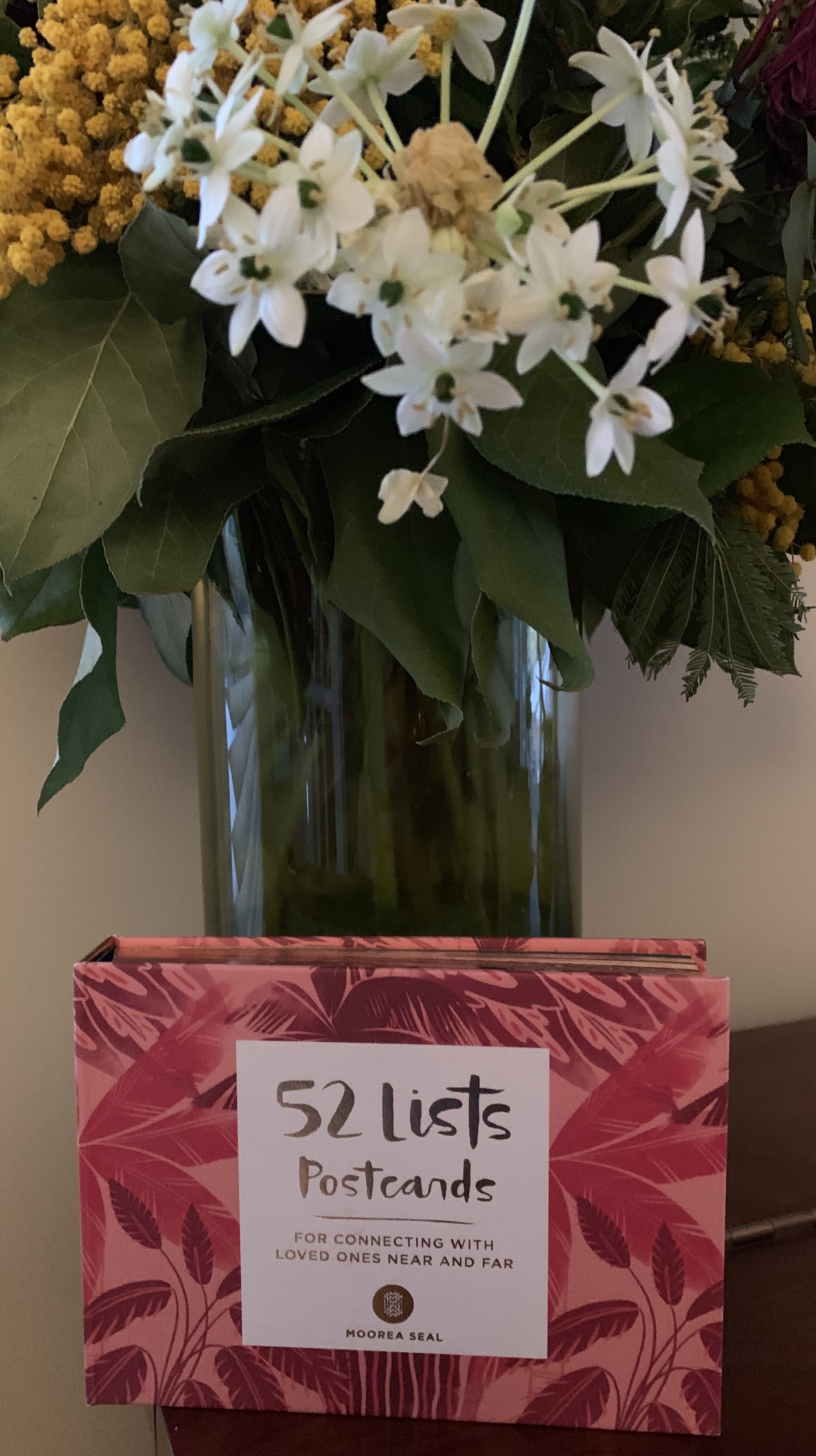 Has anyone heard of the 52 Lists Project ?

Oprah made it famous don’cha know!

The 52 Lists Project is a journal of weekly lists that will nurture self-expression and self-development. Written and art directed by Moorea Seal. Each section includes list prompts, with plenty of space to write your own lists, and challenges to help you take action and make your dreams a reality. If you have the journal, have you seen this collection of 52 unique postcards featuring 13 list-making prompts?

I really like this because I love paper. Beautiful writing paper. But sometimes I don’t want to write a letter – I just want to tuck a little note in a friend’s pocket. These postcards are great for the prompt and provide enough space and guidance for your own thoughts.

What could be better than sending love to friends and family that celebrate togetherness.

Give a book, it’ll love you forever!