books for a bromance

Pour yourself a glass of wine and turn the pages of this culinary time capsule. The Graham Kerr Cookbook by The Galloping Gourmet was originally published in 1966 and now has an updated introduction by the Lee Brothers and commentary from Graham Kerr himself. 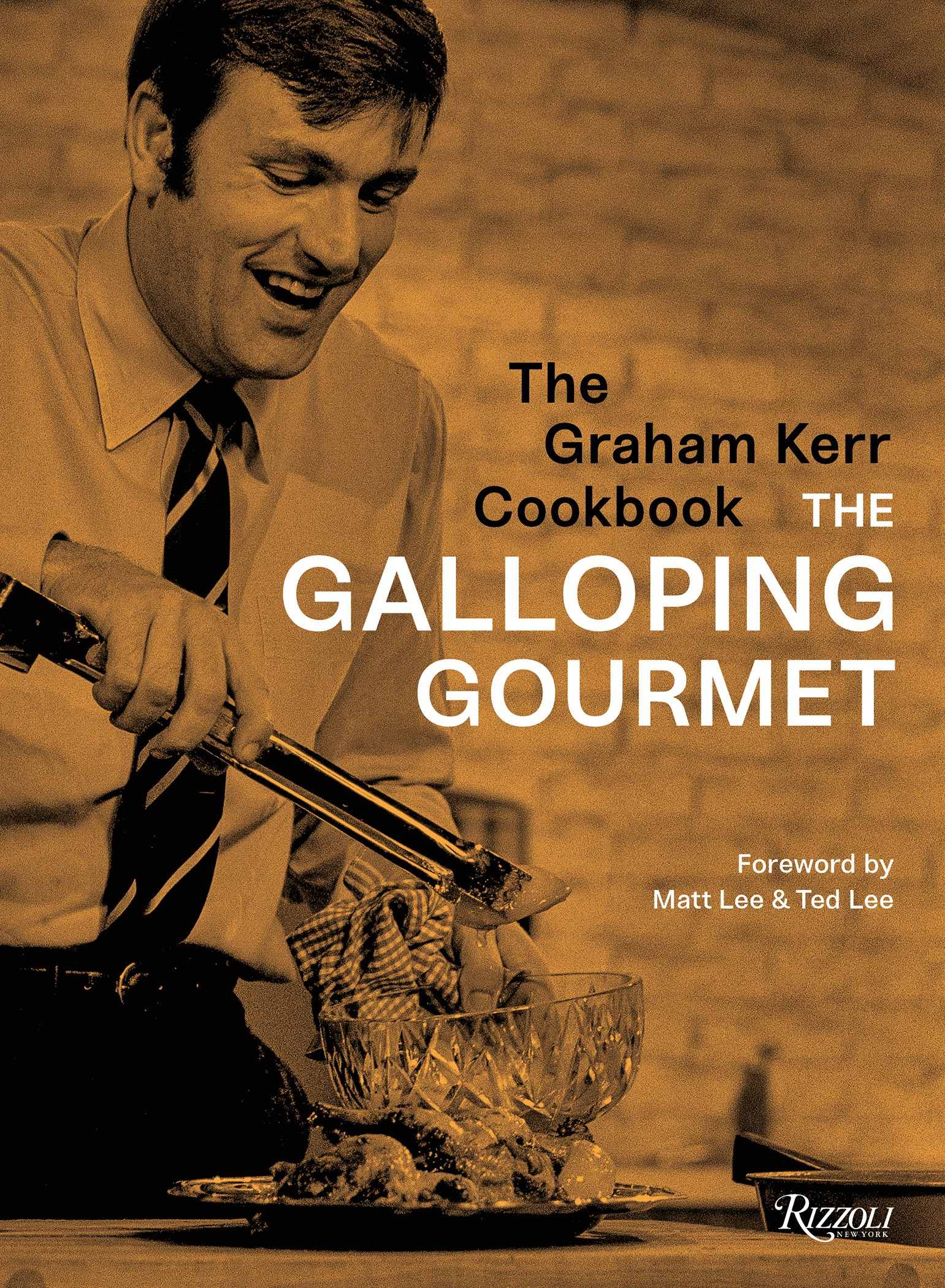 The Graham Kerr Cookbook by The Galloping Gourmet celebrates classic dishes and adds a dash of witty humour which is perfect for your father the foodie. Kerr’s approach to home cooking has more in common with Mario Batali and Jamie Oliver than his contemporaries in the 60s.

“He didn’t seem to worry at all about either the nutritional content, or the whole gestalt of drinking in the kitchen. It was all just about creating a kind of fun atmosphere.”

If you haven’t heard of Graham Kerr, he came before Emeril Lagasse’s signature “Bam!”, a pioneering TV chef who, following in the footsteps of Julia Child, showed millions of viewers in the ’60s and ’70s that home cooking could be easy and fun. The half-hour segments were taped in Canada and broadcast in the United States between weekday soap operas. He dropped stuff, made mistakes, spilled oil but always made it okay.

What a great thing for fathers and sons to bond over in a kitchen!

Graham Kerr was profiled in the New York Times in January 2017 “A Slower Pace for TV’s Galloping Gourmet”. Having inspired a generation of home cooks, his influence and renown are still relevant.

What I like about this new edition is that it features authentic recipes from a different era in culinary history. While many of today’s cookbooks update classics by making them lighter or catering to contemporary food trends, this book give readers the increasingly rare opportunity to discover dishes from a different food era.

my dad used to be so cool

I think a heart warming gift for any dad any time is My Dad Used To be So Cool from Nobrow Ltd. 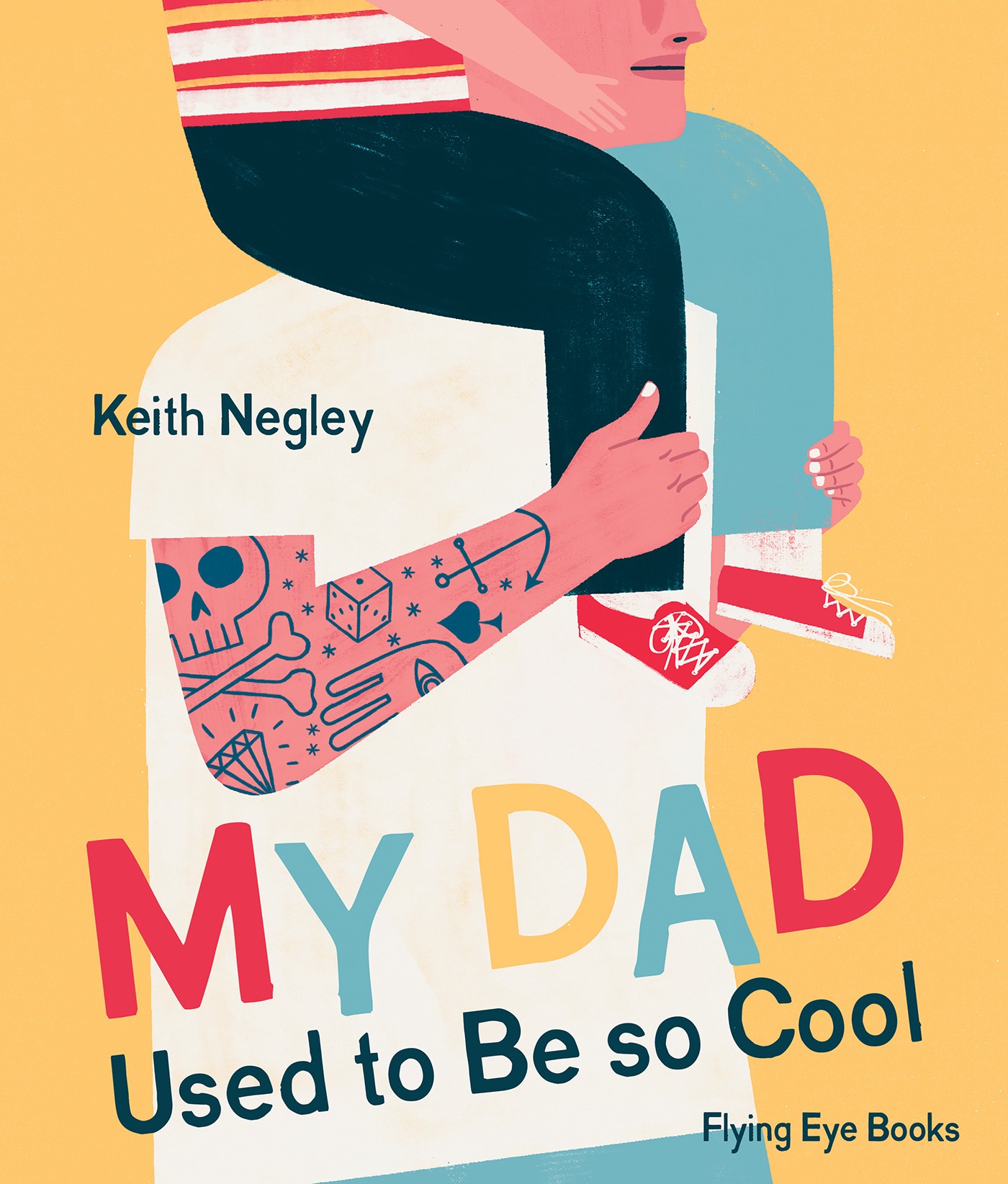 Keith Negley’s art is playful and tells the story of a new father who is no longer the cool guy he once was. The dad looks back fondly on his times playing in a band, riding a motorcycle and getting tattoos. Regardless of those robust yesterdays, the actions today influence what a son thinks of his father and this boy thinks his dad is cool!

The brief, succinct text conveys — with just the right amount of humour — a child’s amazement at his dad’s life pre-fatherhood, and the wonderful art does a masterful job of expressing both that humour and the unspoken father-son bond. - Montreal Gazette

A sweet little story about father and son, while also serving as a wink and a nod to parents whose party days are behind them. - The Globe and Mail

Negley is carving out a niche exploring 21st-century masculinity issues for little dudes, in sincere and graphically sophisticated picture books that design-conscious parents will be happy to keep around the house. - The New York Times

do you give books to the men in your life?

I brought a book on a first date once. It was What We Do Now. It had just been published and I was carrying it around with me. 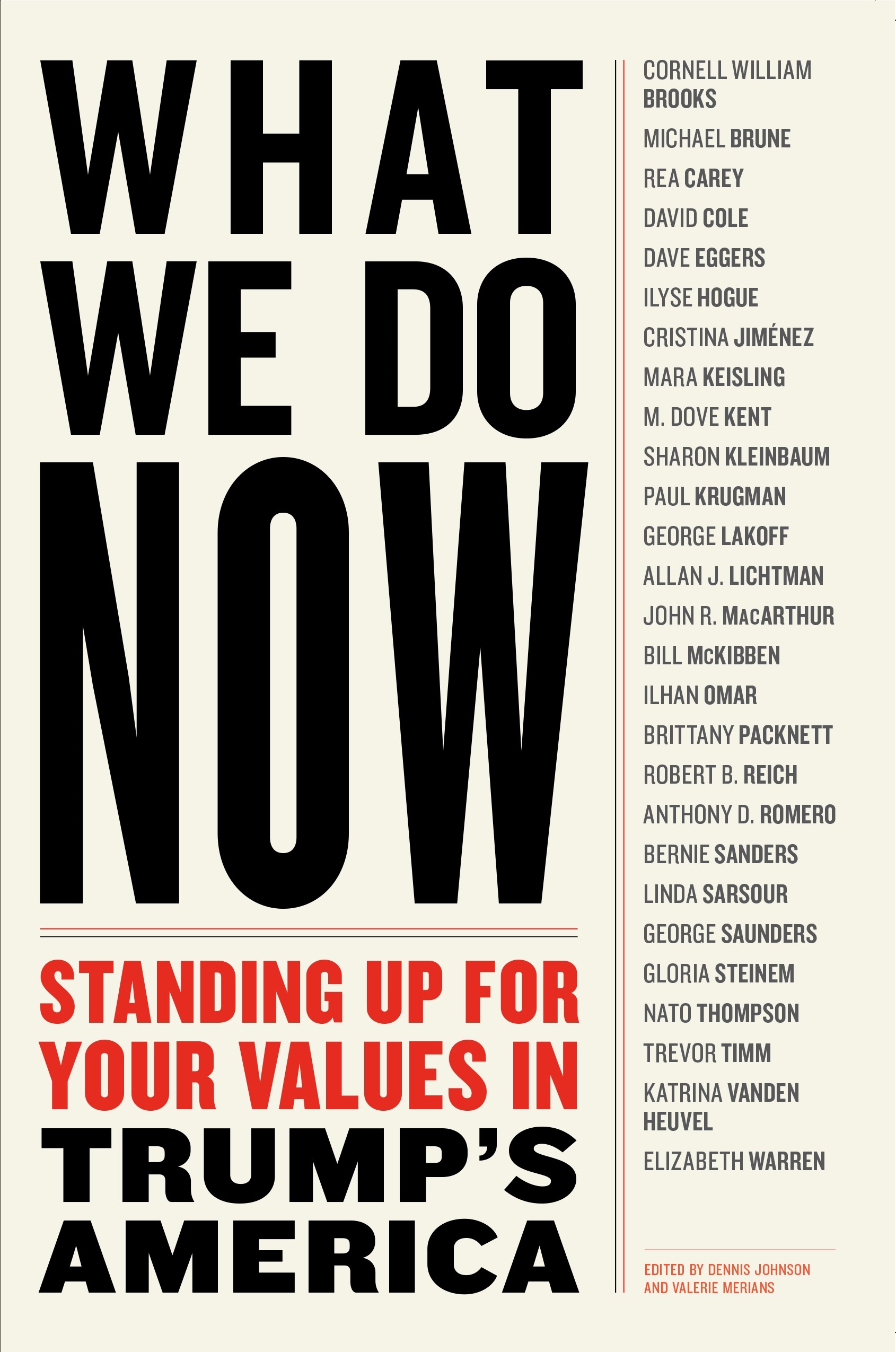 I told the prospect something like “even if we never see each other again, I’ll have given you with the best gift.” What We Do Now is a collection of passionate manifestos by some of the country’s leading progressives.

Among the contributors are Bernie Sanders, Elizabeth Warren, Gloria Steinem, Paul Krugman, Robert B. Reich, George Saunders and Dave Eggers as well the heads of the ACLU, the NAACP, the Sierra Club, the Arab American Association, the National GLBTQ Task Force, and other prominent activists.

That first date was the start of many more until there was a last date. Oh well, I have more books!