Why do I read?

Some simple answers include:

to laugh and to cry.

I love taking an emotional journey on the waves of words. Compared to the cost of a trip to Hawaii, it’s a heck of lot cheaper and a totally different kind of experience.

This morning I was an emotional wreck finishing the final pages of THE SOLACE OF TREES a debut novel by Robert Madrygin. I remember starting to read the galley a few weeks ago on a plane. I had an ugly cry without the benefit of privacy and tissues! What was I thinking? After my heart was tugged and my cheeks were wet, I closed the book. I reopened it last night and read ¾ of it leaving the remainder for this morning.

It’s described as a “devastating” novel but OH MY GOD … it broke my heart similar to the feelings I had reading The Kite Runner way back when. In my ‘advanced reading copy’ there is a Conversation with the author that I turned to numerous times during the book as I needed him to tell me why he had written this disturbing story.

He says “My research focused on first-hand accounts and documented proceedings from the war crimes trials held after the Bosnian War. The shock I felt at the instance of the inhumanity that research revealed quickly turned to anger and initially caused me to include a litany of atrocities in the book’s early draft. But the acts were just so horrific that I ended up editing most of them out. I was concerned they would overwhelm the reader, preventing the concentration on the story and the underlying themes the books seeks to address. The recounting of the events I did include is not meant to shock but to build the foundation of the story and give the reader a true picture of the brutality that occurs when the targeting of civilian populations becomes a strategy of war.”

“With the soul of a humanist and the prose of a poet, Madrygin… challenges us to find a common humanity in the most inhumane of times.” – Dr. James Waller, author of Becoming Evil: How Ordinary People Commit Genocide and Mass Killing.

The last line of this compelling and heartbreaking novel is this:

“For Amir its sound was not one of finality, but rather one of hope, its reverberation a prayer for the future, for all those who believed that, one day, humanity would fulfill the promise of its great privilege.” 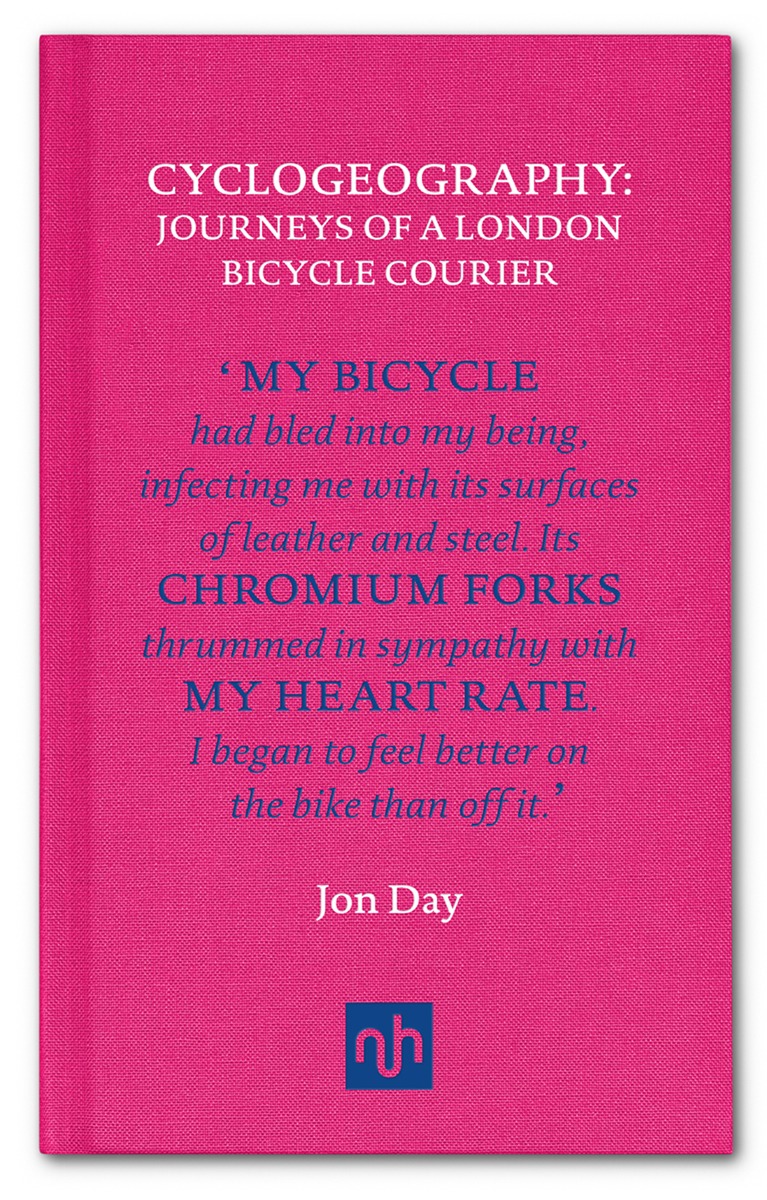 Books move me to travel distances

I was working in New York City last fall when the launch of CYCLOGEOGRAPHY: JOURNEYS OF A LONDON BICYCLE COURIER was happening in Brooklyn. How cool would it be for this Canadian cyclist to get on a CitiBike and travel from midtown Manhattan to Brooklyn for a book launch with British and New York cyclists.

Jon Day is a writer, academic, cyclist along with being articulate, accented, tall and bearded. The book launch occurred at the incredibly cool Red Lantern Bicycles in Brooklyn. The shop promises this:

“RLB is the the most unique shop you’ve ever stepped foot into. We are New York’s bicycling microcosm. We have the largest selection of used bikes in NYC, we are the premier XtraCycle cargo bike dealer in the five boroughs, and we also have a fully functioning cafe complete with coffee, espresso drinks, breakfast and lunch, as well as all sorts of delicious munchies to go with our locally brewed beer. Welcome to the best cycling experience in town!”

It was that same month in September 2016 that New York Review Books became the North American distributor of selected titles from Notting Hill Editions, a UK publisher devoted to the best in essay writing.

“Armchair cycling turns out to be an exquisitely indolent sport – at least when one has in one’s hands a book as choice as Jon Day’s Cyclogeography. Everything about this slender hardback, bound in shocking pink (Notting Hill Editions are beautiful books), makes it a pleasure to read. One can become becalmed as any Oblomov as the wheels spin and pages turn. But the story Day tells is not luxurious. He is a lecturer in English at King’s College London, who for three years – for reasons he does not go into detail about – lived another life as a courier on a bicycle. It seems to have been a speedy limbo upon which he looks back with a mixture of relief and regret. His book is, in part, a cyclist’s eye view of the city and an essay (in every sense). Day attempts to do on a bike something not dissimilar to what Iain Sinclair is celebrated for doing on foot. He remaps London intimately (cyclogeography is a nice play on psychogeography).” - The Guardian 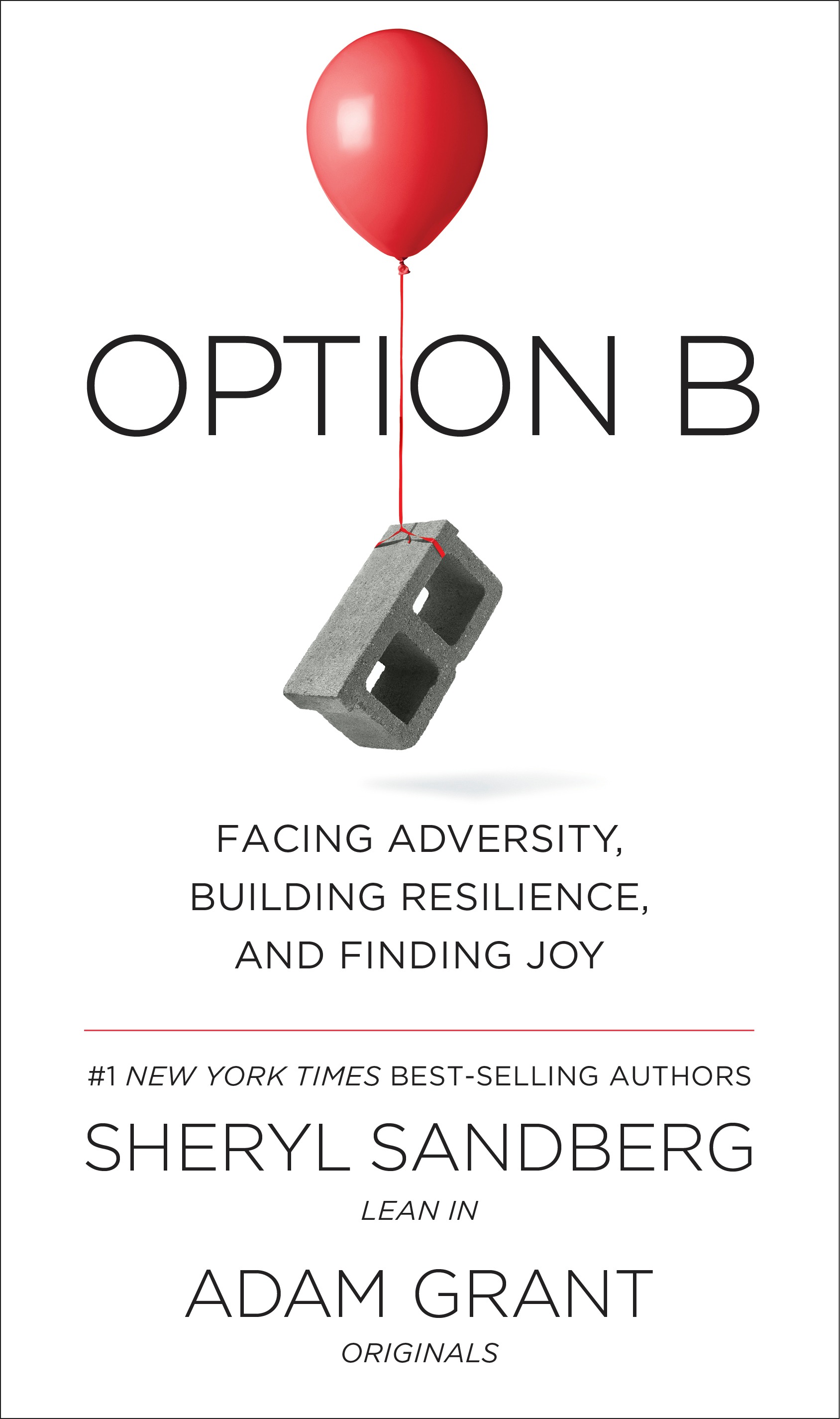 The last book that has been moving me in a different way is OPTION B : FACING ADVERSITY, BUILDING RESILIENCE AND FINDING JOY by Sheryl Sandberg and Adam Grant. Sandberg writes about her own heartbreaking experience with an honesty that is then translated into a powerful and practical guide for anyone trying to build resilience in his or her own lives.

It’s one part memoir and one part “heal-your-heart boot camp”.

There’s a great cartoon at the start of Chapter Two titled “Kicking the Elephant Out of the Room”. Sandberg couldn’t understand why friends didn’t ask how she was after her husband died. She felt invisible as if she was standing in front of them but unseen. If someone has a cast on – you ask ‘how did that happen? How are you?’ but if your life gets shattered, they don’t. She realized later that sometimes she had also been that friend who avoided painful conversations. Avoiding feelings isn’t the same as protecting feelings she further explains in the chapter.

The title comes from two weeks after losing her husband, Sandberg was preparing for a father-child activity. “I want Dave” she cried. Her friend replaced, “Option A is not available,” and then promised to help her make the most of Option B. We all live some form of Option B and this book helps to make the most of it.