a short period devoted to indulging in an activity to excess, especially drinking alcohol, eating and reading books.

indulge in an activity, especially eating and reading books, to excess.

I am a binger. 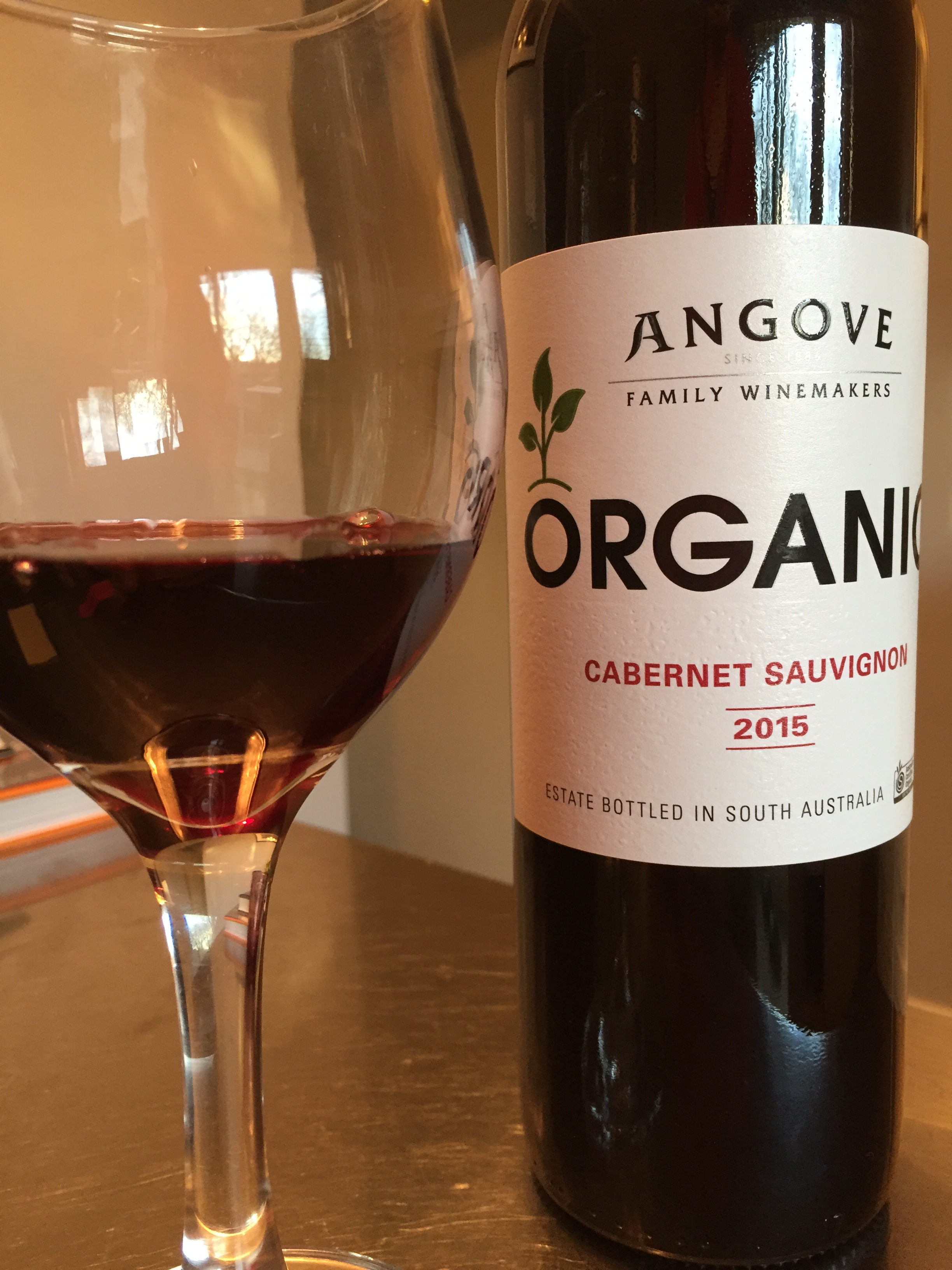 If I have time I can carve out to read, I binge read. To read and get lost uninterrupted for hours in a story … that’s heaven! Whether it’s the end of the day or in the wee hours of the morning.

Right now is my preparation time for our Fall 2017 Sales Conference and I’m reading as fast as I can which means I’m up at 4:30 am diving into an unedited manuscript from Marie-Sabine Roger who wrote the heart-warming story SOFT IN THE HEAD. Her new book for September 2017 is called GET WELL SOON published by Pushkin Press. 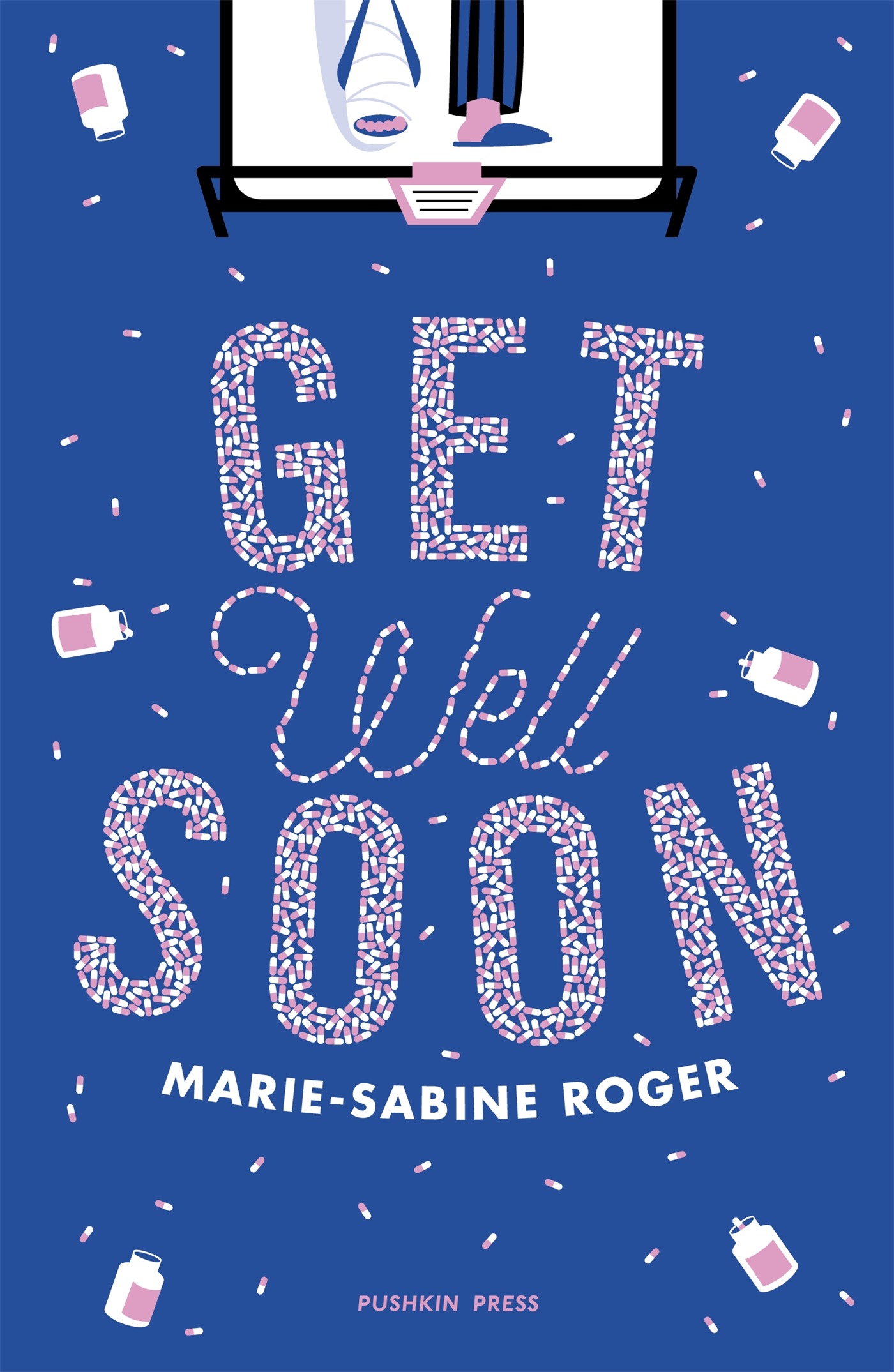 Here’s a short description of this absolutely humourous and delightful novel:

Saved from drowning in Paris’s River Seine, a sixty-something misanthrope finds himself stuck in a hospital bed for six weeks while he recovers. As he looks back on his life, the good and the bad, he makes some unexpected new acquaintances, and just when he thought life had no more surprises in store for him, he finds out he was wrong!

If you loved The Unlikely Pilgrimage of Harold Fry then preorder this one! It’s available September 5, 2017 in an perfect paperback edition. 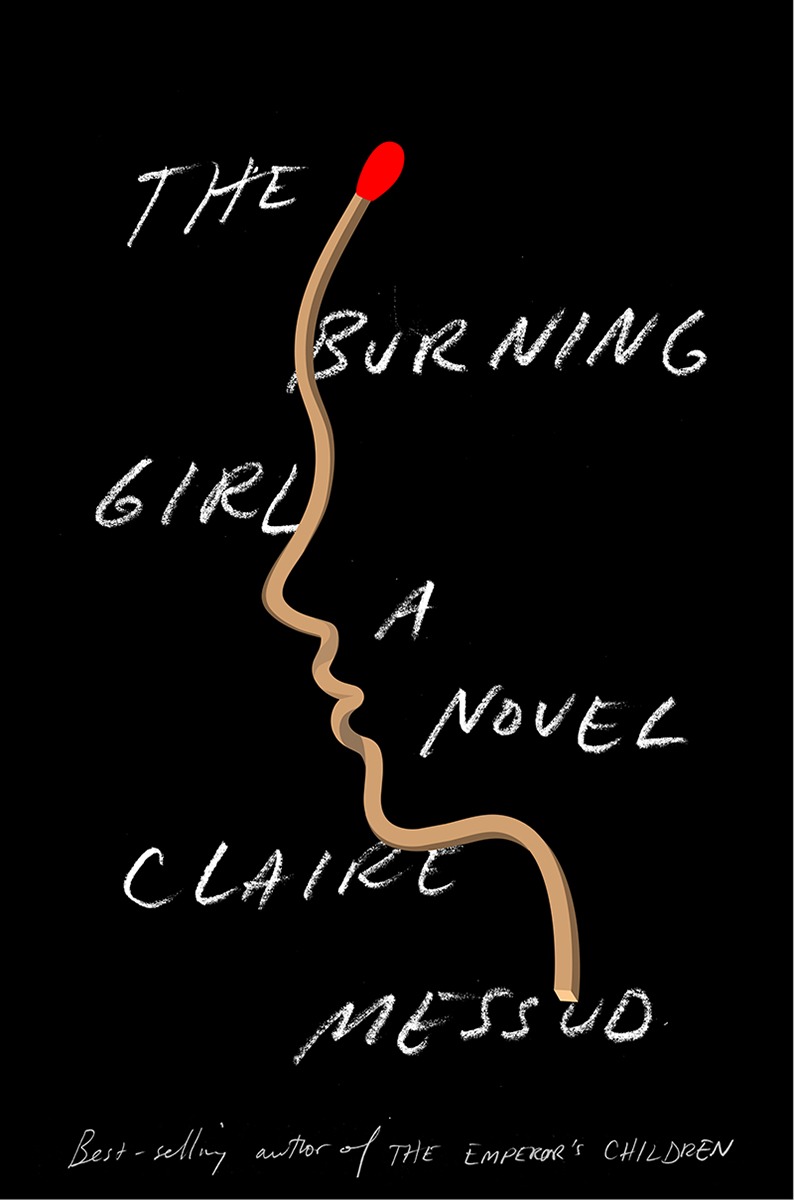 Over the course of a couple of evenings, I burned through THE BURNING GIRL by Claire Messud on sale August 29, 2017 and published by W.W. Norton. Have you read her previous novel The Emperor’s Children which was a New York Times, Los Angeles Times, and Washington Post Best Book of the Year.

Her latest has a rich psychological power that you expect from Messud but this hits the right note for appealing to a more general audience and dare I say it – perfect for your book club!

I have to share what my colleague Jenna wrote because it is pitch-perfect:

“Julie and Cassie have been friends since nursery school and shared everything – including their desire to escape the stifling limitations of their quiet hometown of Royston, Massachusetts – but as they enter adolescence, their paths diverge and Cassie sets out on a journey that will put her life in danger and shatter their friendship.

Julie narrates this story, letting you, the reader, know that what she is telling you is a terrible secret. She is desperate to help Cassie even as she pulls away from her, but in trying to save her she may betray her in the most intimate way possible. This book is simple in its appearance – it’s plot, while gripping, is a tale we’ve heard before - but once you bite into it you’ll find layers of complexity that speak to several vital questions: how well can we really know another person, even our closest friends; how we construct stories about ours and others’ lives – stories that can smother and destroy; and – incredibly important for our times - how we teach young women to be afraid.

This book is hypnotic, evocative, and so incredibly insightful into the fact that growing up and being a girl is about learning to be afraid and the fact that you come to know, in a way you don’t as a kid, that your body is vulnerable, imperfectly fortified – that it’s both precious and totally dispensable, depending on whom you encounter. I would comp this book to The Best Kind of People by Zoe Whittall and Girls by Emma Cline.” 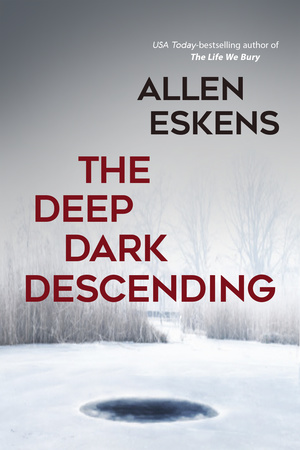 Last Friday night I spent from 4-10pm with Allen Eskens. It’s not what you think! He was actually in Hawaii at the Left Coast Crime writer’s convention while I was in Toronto. I swear! There are witnesses!!!

His fourth book available October 3, 2017 is as he says “his finest”. I agree along with his publisher Seventh Street Books.

THE DEEP DARK DESCENDING has Homicide Detective Max Rupert knee deep in snow at the US/Canadian border at the start of this mystery/suspense/thriller with an ax in his hand and a man unconscious in the snow.

Intrigued as I “disappear behind my cloud of ink”.

Max never fully accepted his wife’s death, even when he believed that a reckless hit and run driver was the cause. But when he learns that in fact she was murdered, he devotes himself to hunting down her killers. Most of his life he had thought of himself as a decent man. But now he’s so consumed with thoughts of retribution that he questions whether he will take that last step and enact the vengeance he longs for.

On a frozen lake near the US-Canadian border, he wrestles with a decision that could change his life forever, as his hatred threatens to turn him into the kind of person he has spent a career bringing to justice.

Not only has Eskens continued where The Heavens May Fall left off but he also wrote a love story layered within the mystery. My heart broke in the chapter about Jenni’s bracelet.

AND he has also included Toronto in the story line again … I swear it’s because of me!

I loved Chapter 24 when he shares The Art of War by Sun Tzu and illustrates how he uses this strategy with a really despicable character called Briggs.

At the end when “the ice seems to have turned to stone” and a full moon was rising … the ending brought me to peace.

Reading six hours straight on a Friday night, live tweeting, with a break for dinner, is the only way I have read Esken’s previous three books. They are, as they say, a page turner! 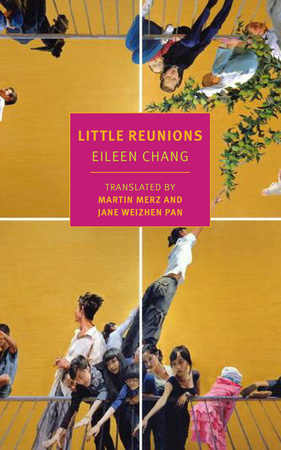 Now not all books are my cup of tea and yet I must read them as I want to expand my usual literary faves and genres and I do hope to learn from them. You, dear reader, will adore Eileen Chang I’m sure after finding out more about her.

LITTLE REUNIONS by Eileen Chang, translated from the Chinese by Martin Merz and Jane Weizhen Pan and published by New York Review Books. This novel is the English-language debut of Chang’s best-selling autobiographical depiction of class privilege, bad romance and political intrigue during World War II in China.

It’s a dark romance that opens in Hong Kong while Julie is living at a convent school and it is on the eve of the Japanese invasion.

The publication history of this novel is that Chang tinkered with it for decades, supposedly discouraged by the fact that her ex-husband, the basic for unsympathetic lover in the novel, was still alive and well – which made for great publicity fodder.

“Before Joan Didion, there was Eileen Chang. A slender, dramatic woman with a taste for livid details and feverish colors, Chang combined Didion’s glamor and sensibility with the terrific wit of Evelyn Waugh. She could, with a single phrase, take you hostage.”- Jamie Fisher, The Millions

“Her writing…is cinematically crisp, and phantasmagorical… She had the lunatic sensibilities of Marc Chagall, married to a Henri Matisse-like elegance.” –Ilaria Maria Sala, The Wall Street Journal 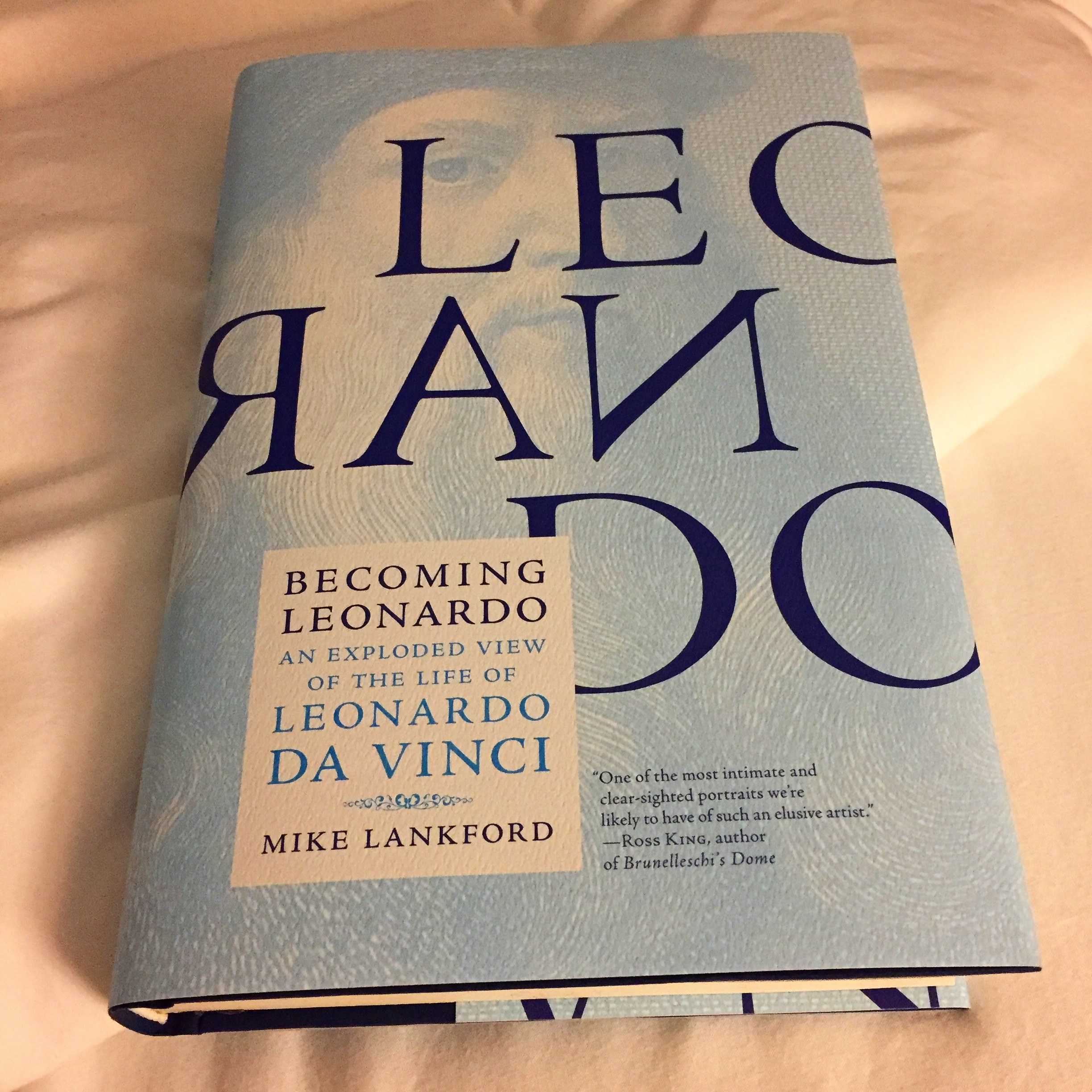 And here’s one for you that is available NOW (okay on March 28th) that I received an advanced copy last month while in New York from Melville House. And oh my, it’s lovely! The texture of the jacket and design is beautiful!

BECOMING LEONARDO is the first book to gather and analyze the many areas of Da Vinci’s life that scholars have hesitated to speculate about, particularly his sexuality, his personal relations, the genesis of his most famous pictures, and his mysterious final days.

It is a fascinating and refreshing biography written in a fresh style. It’s a compelling and eminently readable narrative…. I’m ½ way through and I’m finishing this post NOW so that I can get back between its covers.

I do apologize for whetting your appetite for books that are not available till the fall but I am not sorry for sharing my enthusiasm for great books!

Which will you choose to put on your “to read list” or maybe you’ll get yourself a copy today of BECOMING LEONARDO – you’ll love it!!

Whether it’s a binge or in a leisurely fashion… you can never read too many books.