The life we bury

On February 20th, 2015 I had the good fortune to launch Global TV’s The Morning Show Book Club! I first met everyone at The Morning Show in October of 2014 when I was promoting The Reading Line’s first Book Ride. Kieran, the producer, asked me if I could also suggest books for commuters. Sure, I said. After the segment, everyone loved what I had done and said please come back. They didn’t have to ask twice!

I returned in January with a new year new you theme and a suggestion for a Book Club. They said yes! 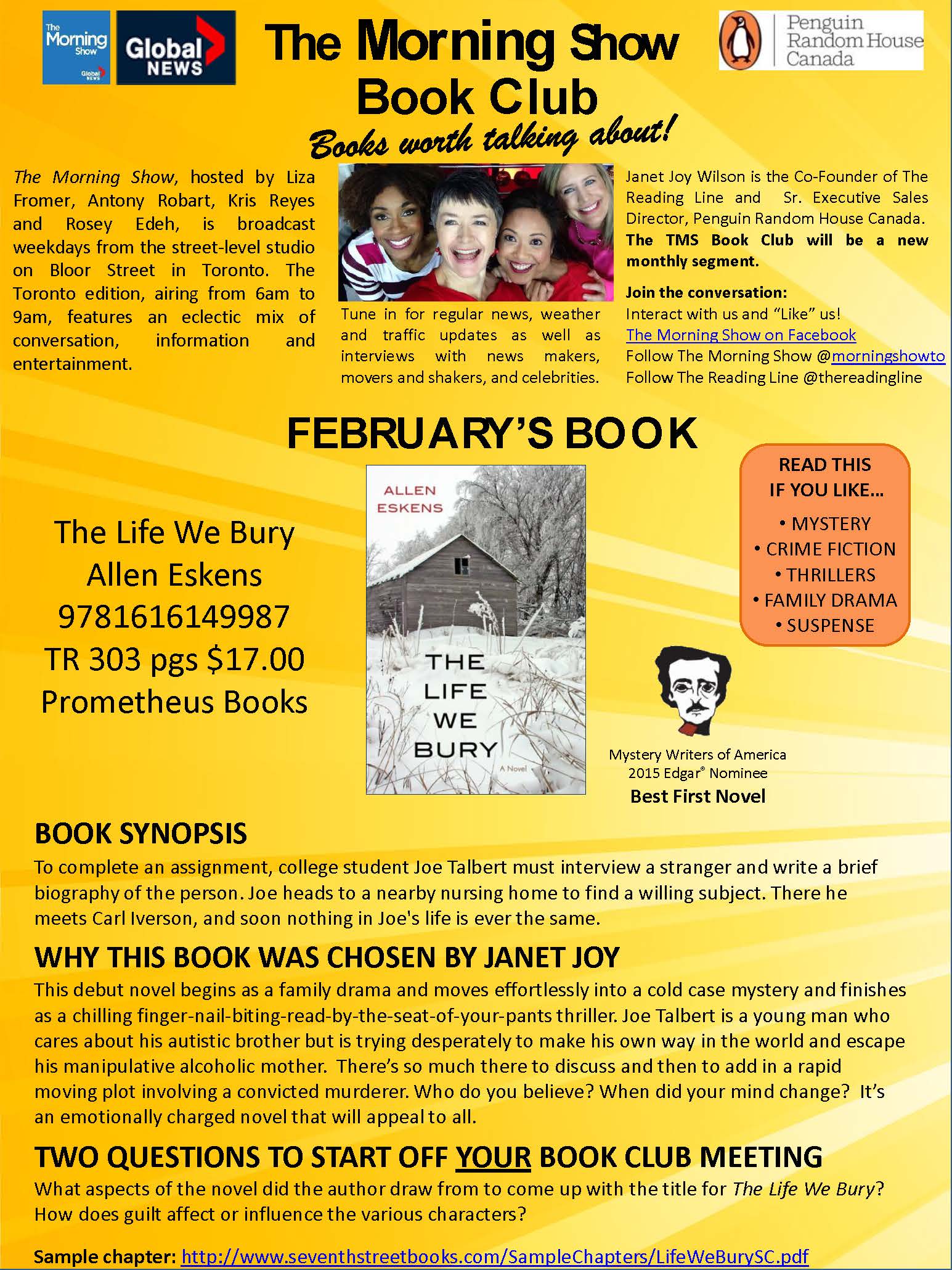 The premise would be that the hosts would read the book & we would try and get auidence members to be on the show too. Well the latter was problematic so we had a discussion with Liza, Antony, Rosey & Kris. Truly ambitious as their schedules were full with early morning work & families at night. But they committed and we had so much fun!

Here’s the conversation from that first book in February 2015.

I love taking risks and because I’d worked in the book industry for almost 25 years suggesting books to my friends, family, colleagues and strangers I felt I was qualified to coordinate a book club.

What’s my secret? I have never been in a book club!

And I don’t like clubs! I didn’t want the TMS Book Club to be an exclusive thing – I wanted it to be inclusive – yet everyone knows what a Book Club is so I didn’t try to reinvent the title. 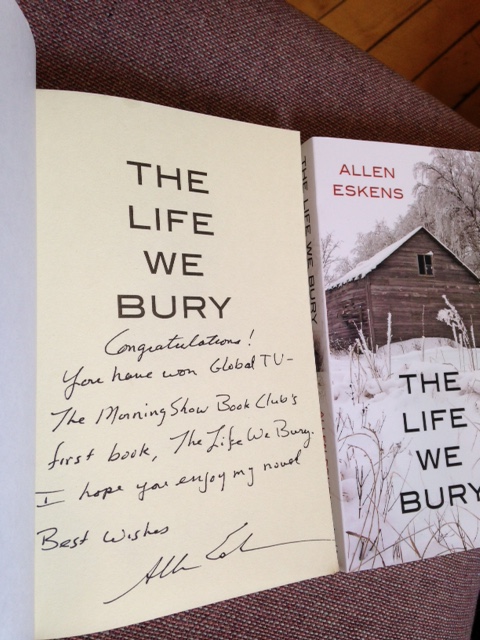 what was my motivation?

My goal was to find a book that was enjoyable, interesting, provocative and fun for everyone. That included women and men!

Why did I choose The Life We Bury by Allen Eskens as my first TMS Book Club pick?

Well, the story goes that when I was in Florida at the RH Sales Conference in 2014 and a number of respected Sales Representatives had read the manuscript and loved it! Their enthusiasm prompted me to download the novel onto my iPad. I ended up reading it in three nights.

His debut novel begins as a family drama and moves effortlessly into a cold case mystery and finishes as a chilling finger-nail-biting-read-by-the-seat-of-your-pants thriller.

I thought it would make an ideal first novel for us to discuss because it was damn good! It had lots of stuff to talk about, the main character is an average Joe and it was written by a criminal lawyer. 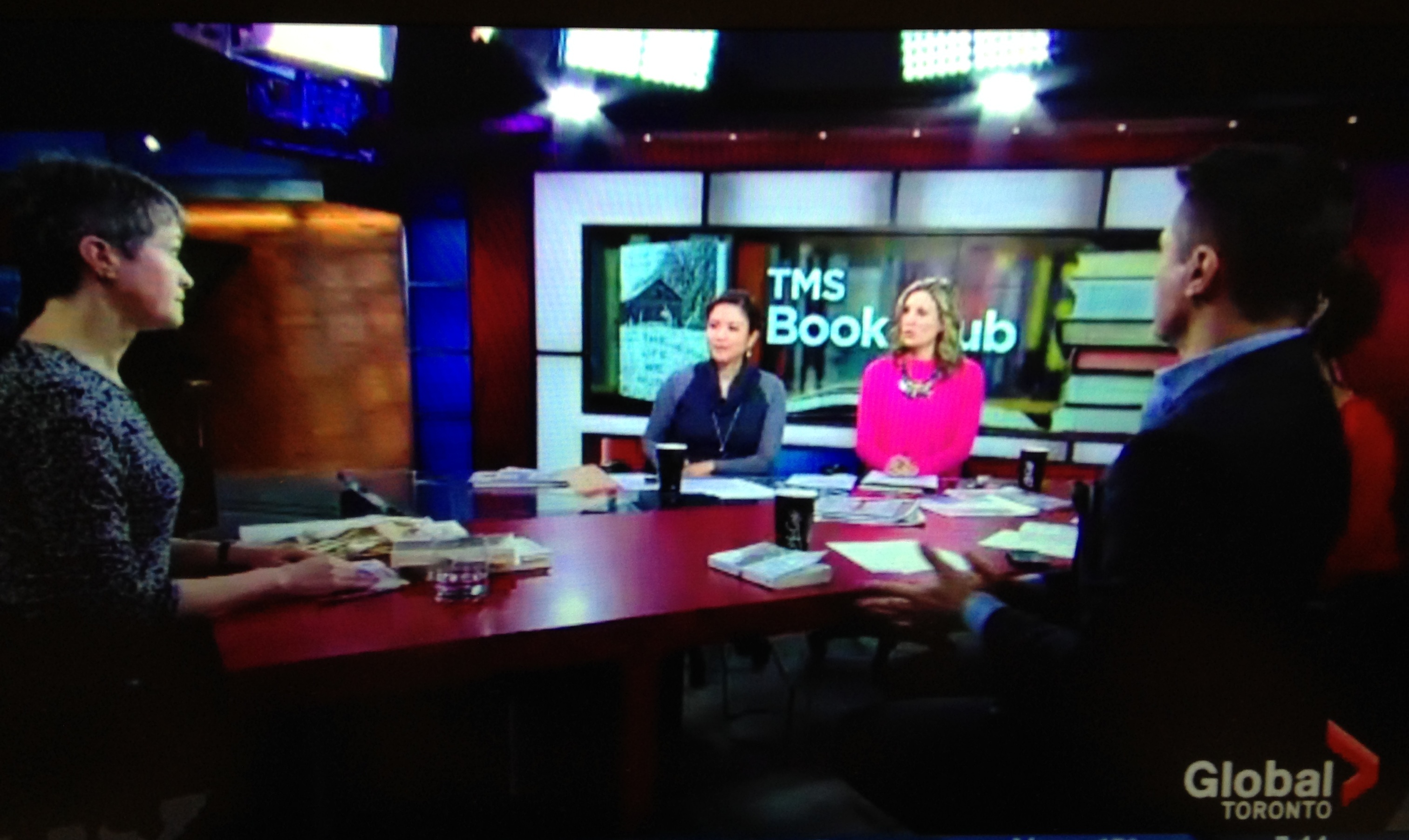 I asked Allen Eskens to share with me his writing technique as he practices law as a criminal defense attorney during the day so he has to be efficient when he writes. He told me he writes in the evenings and weekends, usually trying to get a chapter or two completed by Saturday and then spending the day editing. He is a “big outliner”. He creates a fairly comprehensive plot outline before he sits down to type. He also uses a sketch pad when he outlines. It’s more visual and then he can plot points on it in a less linear fashion. I think after you read The Life We Bury you’ll understand that it is so well done because it is incredibly well crafted and paced.

Since I read The Life We Bury, there is a second book The Guise Of Another AND on October 11th The Heavens May Fall released!

I read The Heavens May Fall on my ipad the day it was released to the sales team by the Seventh Street Books. I read it in one sitting on a Friday night. As I read I would gasp and during those times I tweeted to Allen Eskens my outrage, shock, bewilderment, and total enjoyment of his book. I decided if I was up all night then he should be too.

In this book there is a Toronto reference. I asked facetiously whether it was because of me. He said YES it was … so now I have confess my author crush on Allen. How could I not fall for him as the heavens fell?

Instead of binging on Netflix this fall, may I recommend a deadly trio of mystery/thriller books from Allen! It’s criminally sensational.