I’ve got a book crush on you 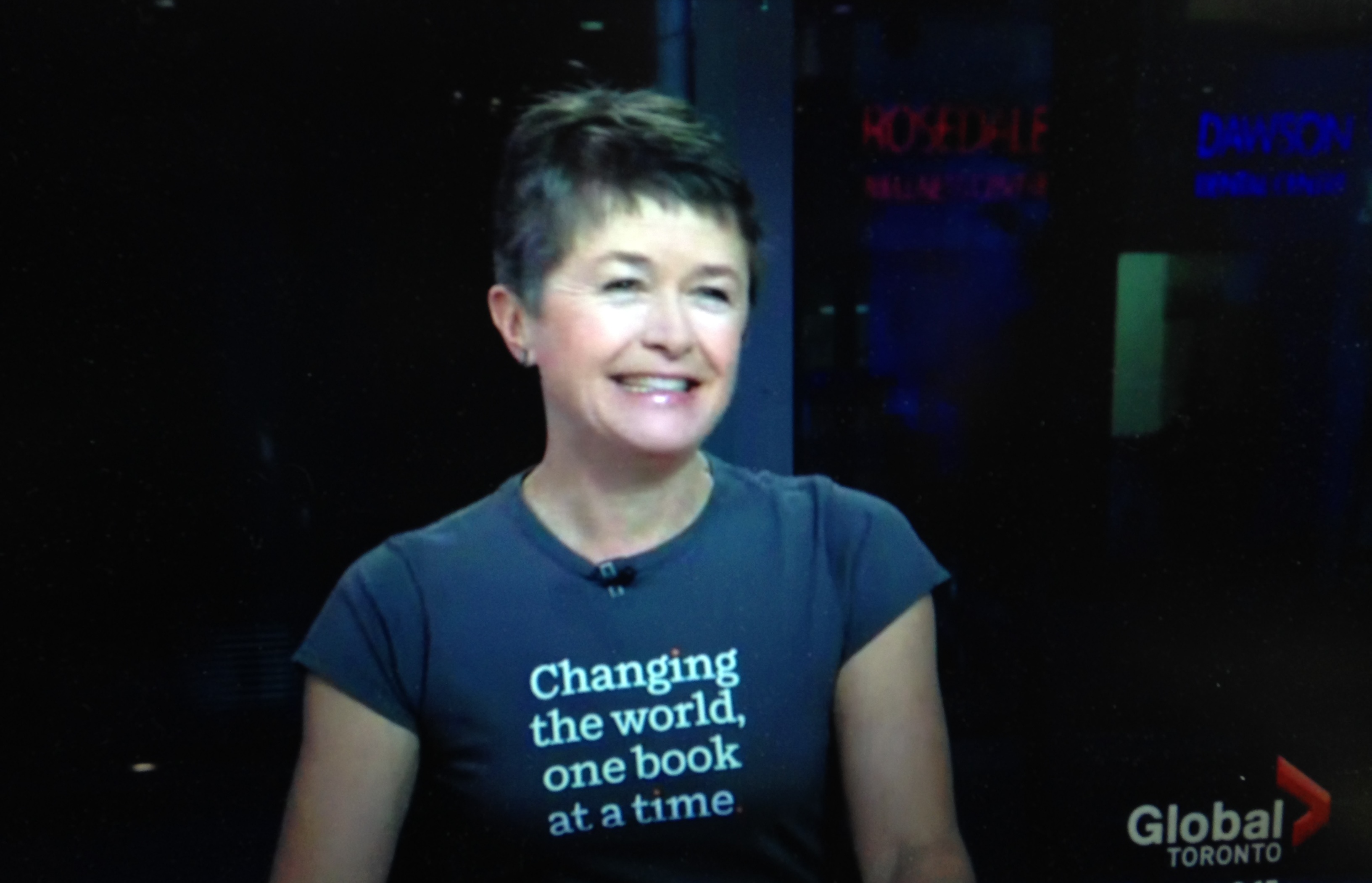 I did it! I wrote a letter to an author that I adore. Why not?! What’s the worse that can happen besides being struck by lightening.

I read Black Swan Green in 2006 and I’ve never forgotten that I laughed until I fell over when Jason sees his father naked; loved the line “Once a poem’s left home it doesn’t care about you.”; and held my breath as Jason read the passage from Lord of the Flies.

I chose Black Swan Green for Global TV The Morning Show Book Club in November 2015 because there is so much for a book club to talk about!

I gave David’s publicist, the incomparable Max, three questions. I believe that if you don’t ask you don’t get. And he answered them! Shall I share with you that I collapsed onto the floor with tears of joy in my eyes!?! Yes, I have a bookcrush on David Mitchell. 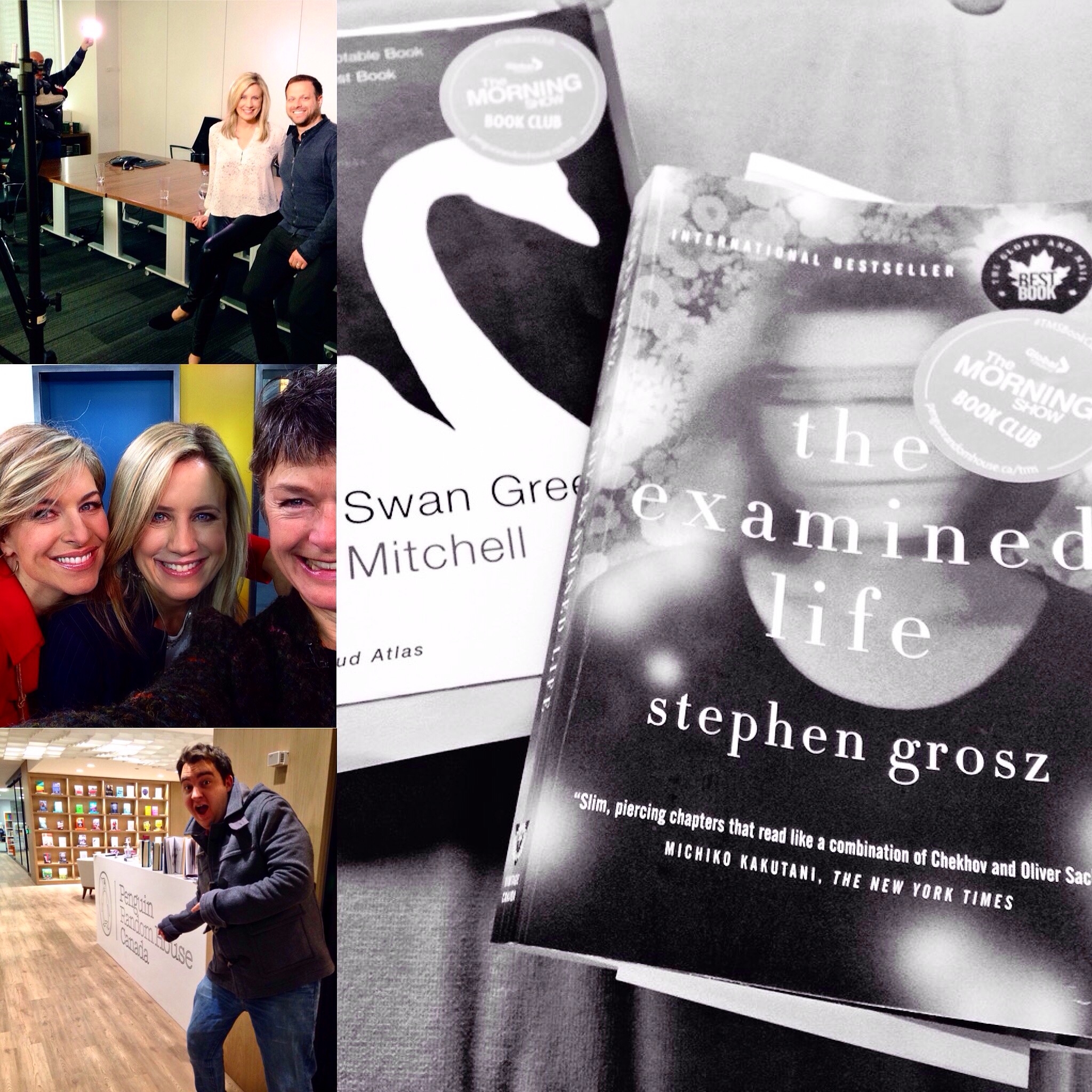 Dear Reader … here are the questions & answers to provide some “off the page” information for you my valued book lovers!

How did you come up with the idea that Jason (age 8 at the time) imagined his stammer in the image of a hangman?

David’s Answer: It just seemed like a logical extension of the circumstances in which Jason first blocked on a word. He was playing Hangman the game, so he christened his stammer the same name. Also knocking around is the idea that a stammer is like a noose which pulls tighter and tighter the harder you struggle. People who know nothing about stammering – i.e. most people – sometimes think that speech impediments are caused by a lack of will-power. This makes no sense of course but it’s an easy explanation which flatters its expounder. The truth, foggily, is a kind of reverse – you can block on a word because you’re trying too hard not to stammer. Finally, both Hangman the Executioner and Hangman the Stammer cause death: the former, literally; the latter, via mortification and ostracism.

You often end a scene in the middle of the action – for example, when Jason is locked in the House in the Woods, or when the fire erupts in Town Hall – and leaves readers to surmise for themselves what happened next. Why did you chose to do this? Can you speak to the effect you wanted to create in these cases?

David’s Answer: Firstly, surmising can be engaging. It can be refreshing to be treated like an adult who doesn’t need every cause and effect spelt out, and kind of enlists the reader’s imagination as a creative collaborator. Secondly, I wanted to generate the effect that Jason’s year is happening off-screen when we aren’t there as well as on-screen when we are checking in with his actions and whereabouts in this turbulent year for the lad. Thirdly, if this counts as a thirdly, it just felt right. My aim was for the 13 stories to be theoretically-publishable short stories in their own right (a few were) and odd abruptness can be a memorable way to end a short story.

Each of your books are so different; what was your impetus for Black Swan Green & for your latest novel Slade House?

David’s Answer: My impetuses (impetii?) for BLACK SWAN GREEN was not to write something as different as I could from CLOUD ATLAS, which preceded it and earned a lot of attention (by my standards anyway.) Hence BLACK SWAN GREEN is a shorter, more traditional, smaller scale novel that follows a (fairly) regular time scale and sticks to a limited cast of characters, unlike CLOUD ATLAS. I wanted to write about my childhood while I could still remember it without ‘mythologising’ it, and while I was back living near the village where I grew up – Hanley Swan, Worcestershire – which I knew wasn’t going to last long. Also, I felt at long last that wanted to write about my speech impediment, which both strengthened my relationship with language and gave me my outsider status, and ‘out’ myself as a stammerer. My impetuses for SLADE HOUSE were very different: I had some material originally written for my 2014 novel THE BONE CLOCKS which got orphaned when the novel moved in a different direction. I liked the material, and released a chunk of it via Twitter last year. This made me hungry to carry on with the narrative, so I allowed SLADE HOUSE to jump the queue of books yet to be written – it was a clear case of now or never, so I chose now.

David finished his email with …

Thanks Janet: I hope this makes some sense, at least.

Warmest to both of you (Max & me) in Canada,

Thank you from Canada.