Wilderness is defined as an uncultivated, uninhabited, & inhospitable region. I need this in my life. How do I know? It’s easy, if I don’t get a regular injection of nature I start swearing. A lot! 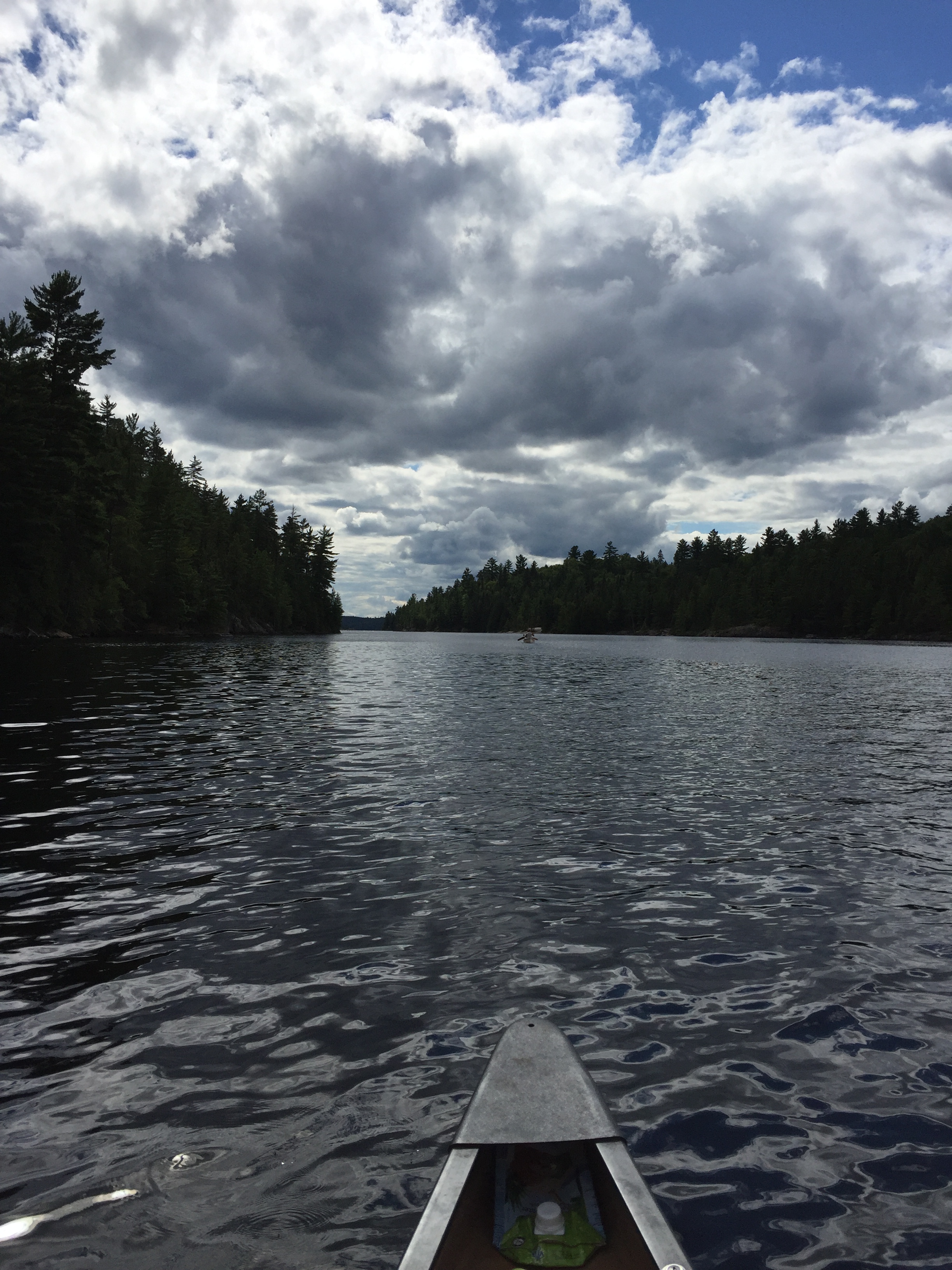 A canoe is a narrow, keelless boat with pointed ends, propelled by a paddle or paddles. I love using pedal power to move myself through the city on two wheels. The engineering is perfection! So sitting in this small boat I am awed by paddle power as two people use two pieces of wood to propel a canoe forward carrying two people and gear enough to house & feed oneself for days.

During our trip we talked about Roy MacGregor’s Canoe Country which I had given to Liz & Astrid last fall as a pre-Christmas gift because books make the best presents!!

Roy says in his introduction: “I love my canoe. Nothing in the material world has cost less to maintain and run; nothing has afforded me more opportunity to flee that world. In this age of fretting over our carbon footprint, how comforting is it to know that you not only don’t require fuel but will not be spilling at the dock. … For the canoe is as much a part of the Canadian landscape as the trees, rocks, the mountains, the rivers - and even the highways heading for essential escape.” 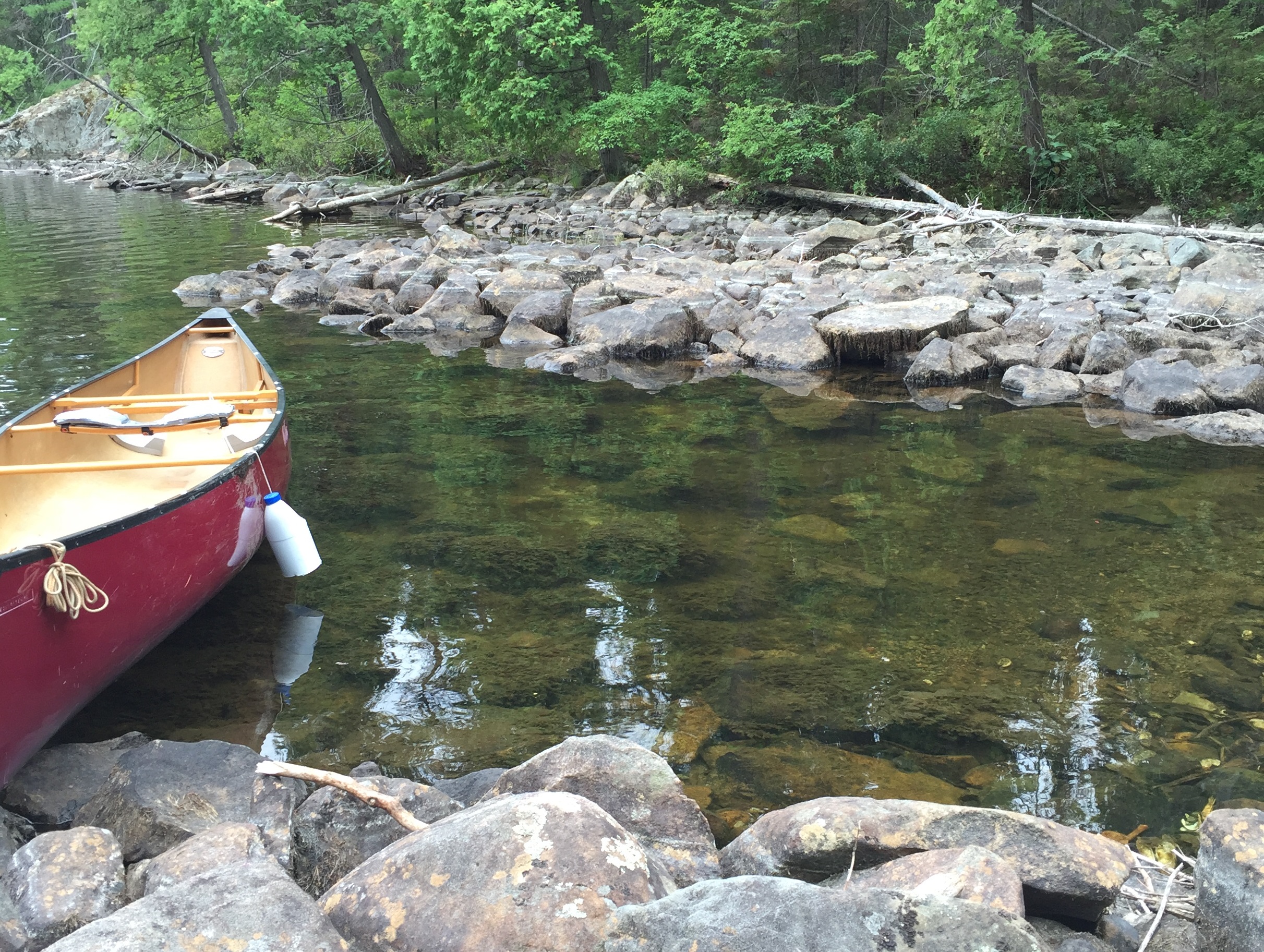 We had an unusual, exciting and hazardous, experience on Lady Evelyn Lake in Temagami on our second annual backcountry canoe trip Aug 25-29 2016. The portages into the remote Sugar Lake were not maintained so it was rough, really rough!, but add a raintstorm and the rocks littering the path became treacherous. We ended up cutting trees & branches on the trail so we could get the canoes through and walking slowly endeavouring to find a footing. The prize for a remote lake with rarely used trails is solitude. Priceless. The 1250 m trail leading back into Lady Evelyn Lake was particularly challenging with all variety of terrain. While carrying the canoe on the 2nd half of the trail I lost my footing and fell hard on my left shin and right knee cap. Thankfully Denise is a nurse and was behind me so she helped reduce the immediate shock I was in and assessed the damage. I was lucky I had on long pants so the scrap was superficial. The impact produced major swelling but I was able to stand up & walk to the end of the trail using my own power AND I didn’t lose my sense of humour!!

What does one learn when you test yourself? In school we find out whether we’ve understood the lesson. In life we discover how far we can go. I tend to challenge myself physically.

A few years ago it was skiing at Whistler. This is challenging enough for someone from Ontario but I moved it up a few notches and took my son Heli-Skiing. WOW what an EXTRAordinary experience that was & I was not up to the skiing in mountain powder but I did it!

Two years ago it was rowing at the Argonauts Rowing Club. That may not seem so challenging but for me who is not a swimmer I had to get into a four & an eight without a life jacket and strap my feet into shoes held in the boat! Plus it feels like you’re sitting on the water which is cool but also disconcerting!

Side bar : I don’t swim because I sink. I grew up on a farm near Lake Erie. We did not swim in the lake. I never had lessons. Anytime I went to friends’ houses with a pool I usually almost drowned. My confidence level never had a chance to increase! 20 years ago when my son was born I enrolled in swimming lessons at the local pool. I have some technique but I don’t have the strength nor belief for my survival swimming out in a lake. So I have to take a deep breath to go forward with activities I want to try like rowing or commit to participating in a canoe trip.

My lesson? I can do it if I put my mind to it cuz I’m kinda stubborn and I love learning new things! 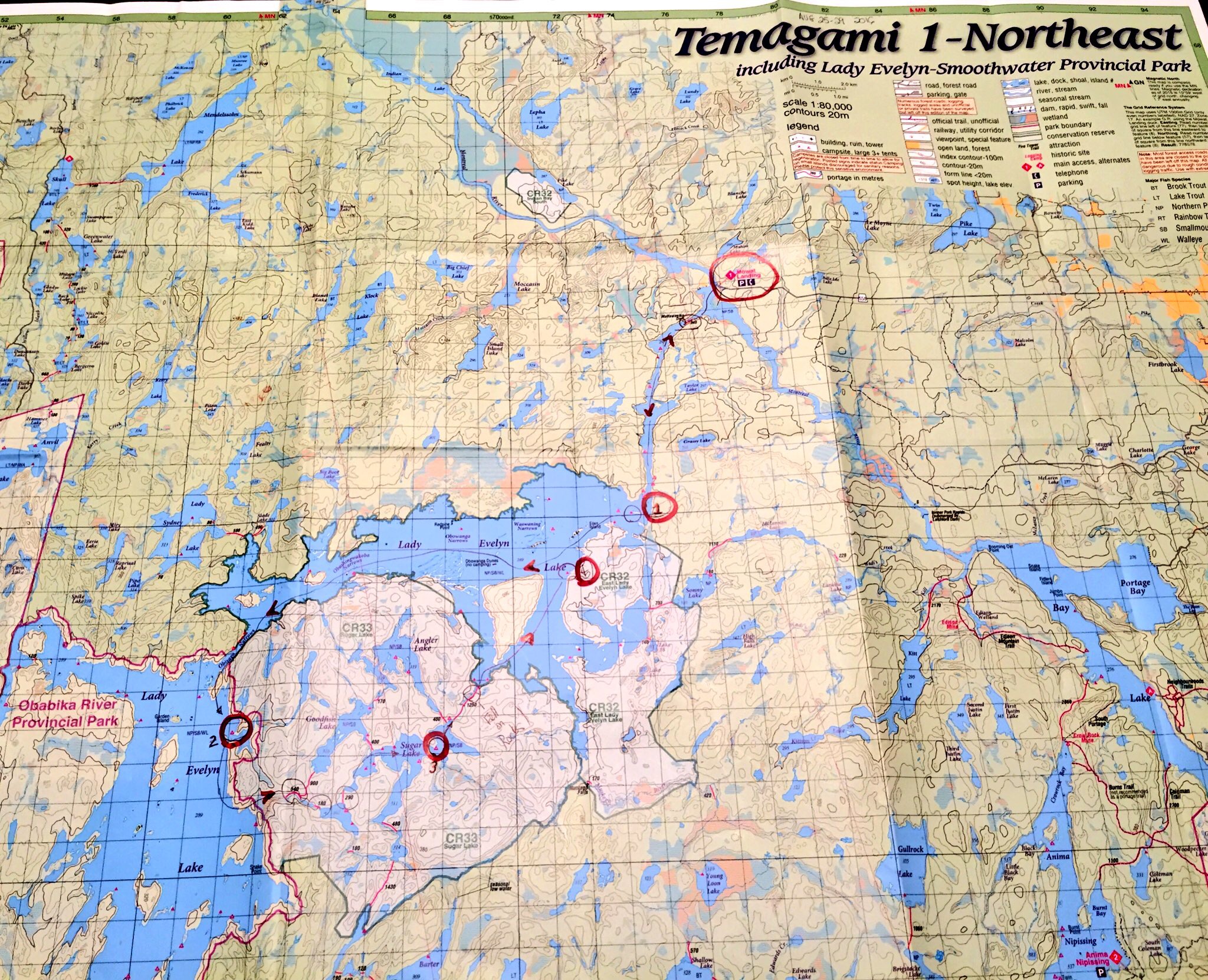 far from the madding crowd

During the canoe trip Liz was talking about a teacher who loved Thomas Hardy and made the class read everything he’d ever written. While she was telling this to another on the trail I had just had the thought about being far from the madding crowd which in turn carried me to a memory from 1987 during my ‘post university Europe Bound trip’ when I went to Thomas Hardy’s cottage in Dorset.

Far from the madding crowd’s ignoble strife Their sober wishes never learn’d to stray; Along the cool sequester’d vale of life They kept the noiseless tenor of their way.

Did you know Far from the Madding Crowd written in 1874 and his fourth novel, has been made into a film four times! The most recent is a 2015 British-American romantic drama film directed by Thomas Vinterberg and starring Carey Mulligan, Matthias Schoenaerts, Michael Sheen, Tom Sturridge and Juno Temple. 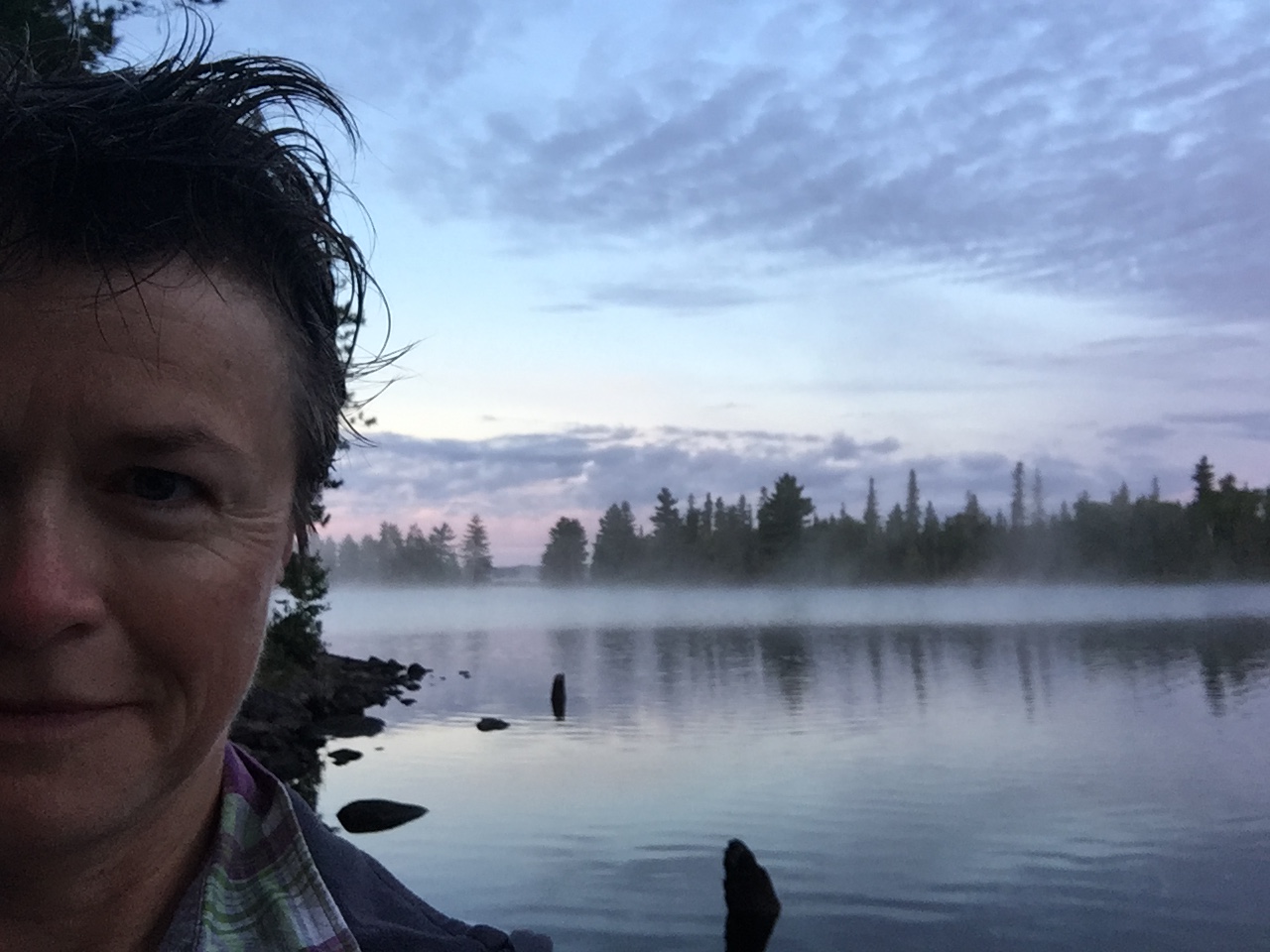 Each morning I woke as the sun was rising which was approximately 6 o’clock. I greeted the morning alone. I would wade into the lake for a refreshing (chilly) welcome and dry off while practicing yoga and stretched slowly from the night in the tent.

I watched the sky and its reflection in the lake change second by second because I was watching and I noticed. In the city it’s challenging to slow down and take notice of the weather let alone the subtle changes in a breeze.

I was reminded of my time practicing Vipassana Meditation and the lessons I learned. One that I repeat to myself is that the only constant is change. Vipassana is one of India’s oldest techniques of meditation, first taught 2,500 years ago. It’s a practical method of self-awareness that allows one to face the tensions and problems of daily life in a calm and balanced way. Being in the wilderness truly allows you time for self-awareness. 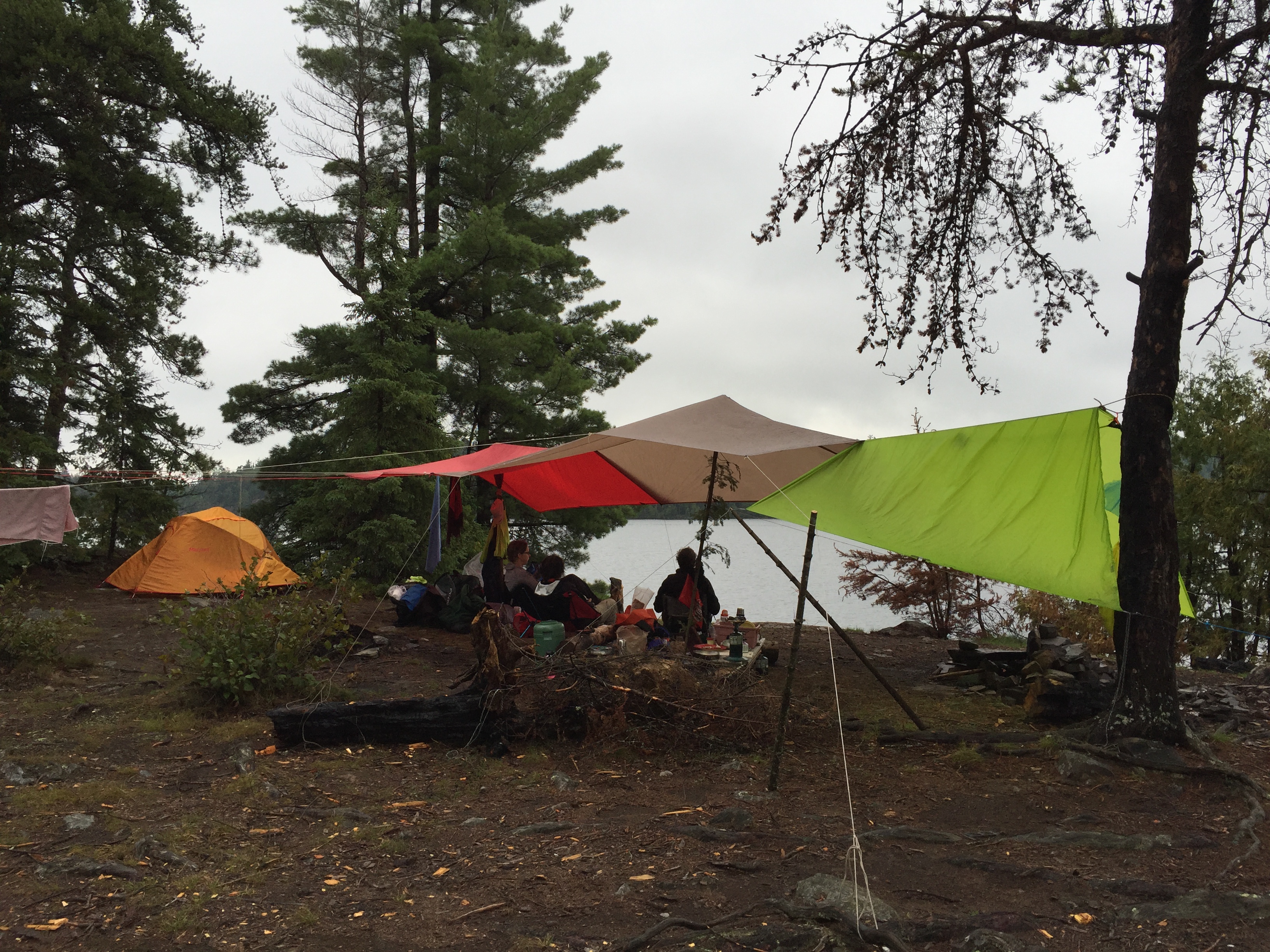 Friendship is defined as a relationship of mutual affection between people. A World Happiness Database study found that people with close friendships are happier. Makes sense, eh?

Characteristics of a friendship include affection, sympathy, empathy, honesty, altruism, mutual understanding, and compassion, enjoyment of each other’s company, trust, and the ability to be oneself, express one’s feelings, and make mistakes without fear of judgment from the friend.

All of this makes sense but when you’re in a remote area these friendship bonds are stronger than anything else.

I am grateful for my friends and so my gift to them at trip’s end was a copy of Soft in the Head by Marie-Sabine Roger. It has been described as a “feel good read” and my book blogger friend Orielle says “it will leave you with warm & fuzzies well after you read the last page.”

My friends leave me with warm feelings long after I see them … just like a great book!

My hope for you dear reader? Take the time to stop & breathe in nature wherever you can grab it!