Murray Sinclair, former senator and Truth and Reconciliation Committee head, said the most important goal of the TRC wasn’t just uncovering what happened at residential schools, but “to make it part of our national memory,” so that it cannot be forgotten. CBC Interview with Rosanna Deerchild here.

In order to redress the legacy of residential schools and advance the process of Canadian reconciliation, the Truth and Reconciliation Commission made the following calls to action in 2015. Read it here.

In March 2018, CBC News launched Beyond 94, a website that monitors progress on the Truth and Reconciliation Commission’s 94 Calls to Action.

Beyond 94 was the result of a year’s worth of research and interviews with survivors, stakeholders and all levels of government.

The first residential schools opened in Canada in the 1800s. They were the product of churches and the government; a collective, calculated effort to eradicate Indigenous language and culture that the commission called a policy of cultural genocide.

The Truth and Reconciliation Commission was formed as a means of reckoning with the devastating legacy of forced assimilation and abuse left by the residential school system. From 2008 to 2014, the Truth and Reconciliation Commission heard stories from thousands of residential school survivors. In June 2015, the commission released a report based on those hearings. From that came the 94 Calls to Action: individual instructions to guide governments, communities and faith groups down the road to reconciliation. 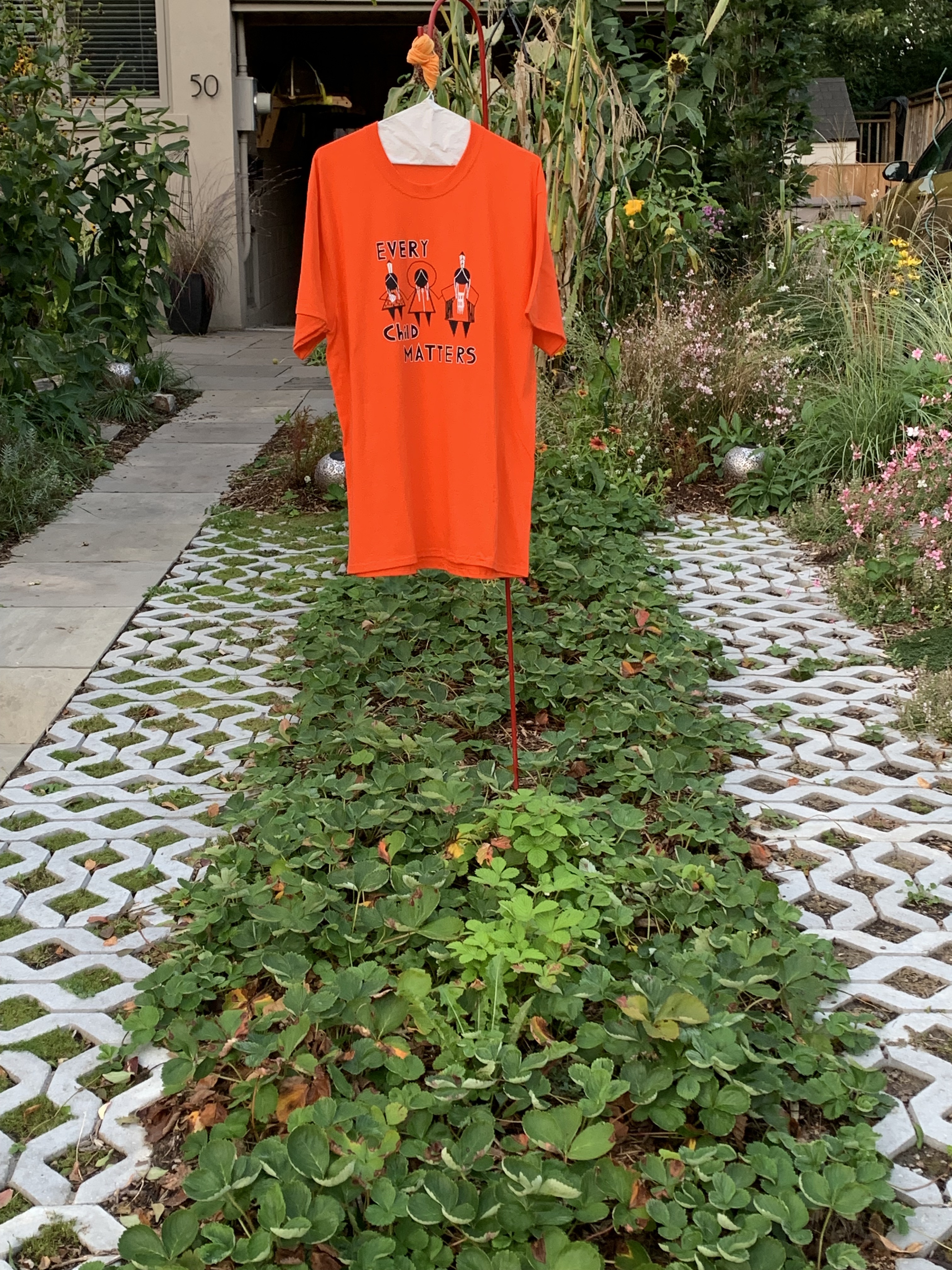 September 30th was declared Orange Shirt Day annually, in recognition of the harm the residential school system did to children’s sense of self-esteem and well being, and as an affirmation of our commitment to ensure that everyone around us matters.

Read Phyllis (Jack) Webstad’s story in her own words here.

Phyllis Webstad is Northern Secwpemc (Shuswap) from the Stswecem’c Xgat’tem First Nation (Canoe Creek Indian Band). She comes from mixed Secwepemc and Irish/French heritage, was born in Dog Creek, and lives in Williams Lake, BC.

Today, Phyllis is married, has one son, a step-son and five grandchildren. She is the Executive Director of the Orange Shirt Society, and tours the country telling her story and raising awareness about the impacts of the residential school system. She has published two books, the THE ORANGE SHIRT STORY - THE TRUE STORY OF ORANGE SHIRT DAY and PHYLLIS’S ORANGE SHIRT for younger children.

She earned diplomas in Business Administration from the Nicola Valley Institute of Technology; and in Accounting from Thompson Rivers University. Phyllis received the 2017 TRU Distinguished Alumni Award for her unprecedented impact on local, provincial, national and international communities through the sharing of her orange shirt story. 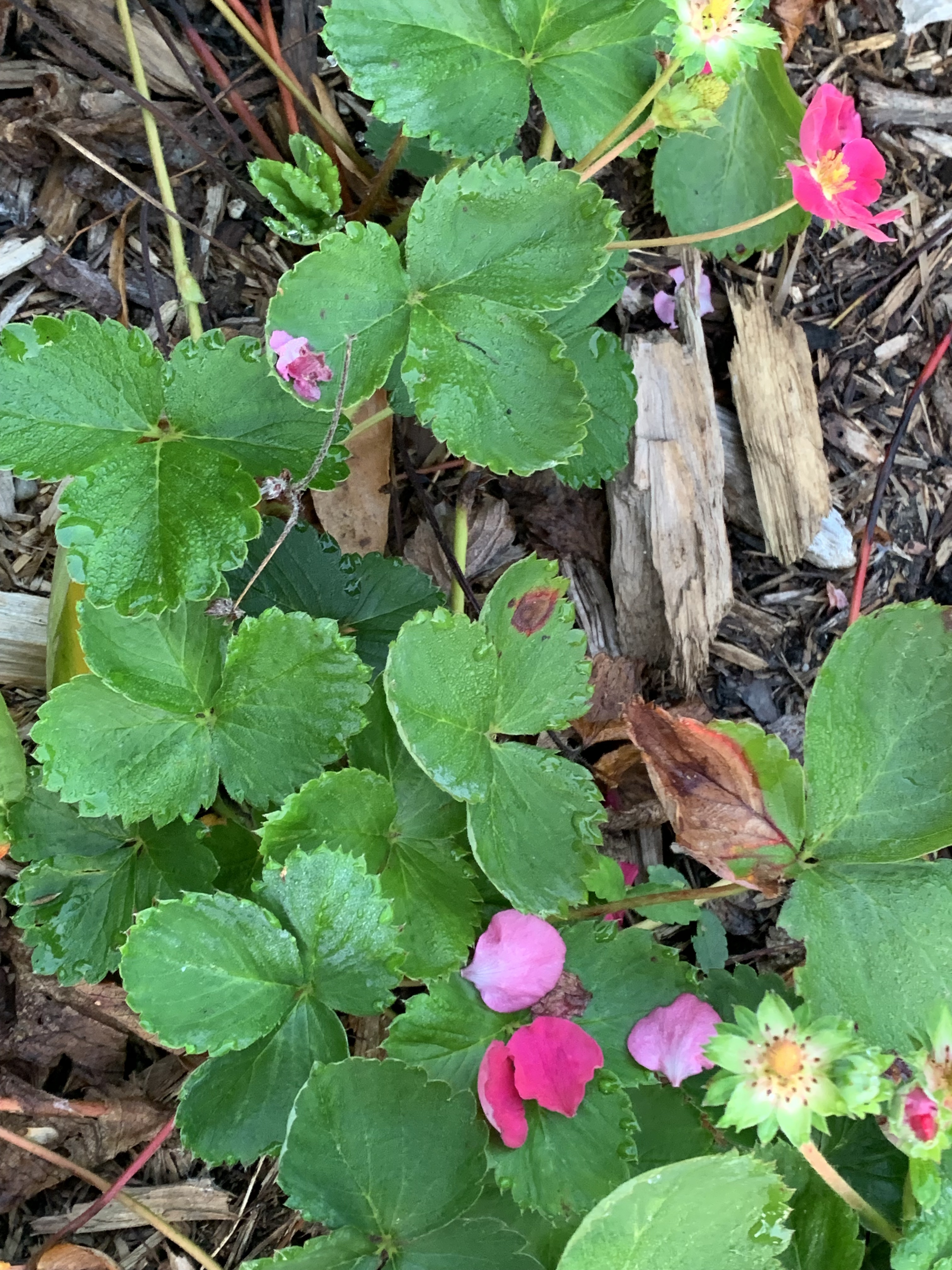 I only learned recently learned the significance of the strawberry from Indigenous elders.

The strawberry teaches forgiveness and peace. The strawberry is shaped like a heart, and strawberries are known to the Anishinaabe as heart berries.

Today. I will re-read the Truth and Reconciliation Commission’s 94 Calls to Action.

I will also continue to read Indigenous writers. I have been a long time subscriber to RAVEN READS subscription box and I highly recommend it.

It was in 2015, shortly after the TRC released its final report, Raven Reads founder Nicole McLaren started a book club. The book club was a gathering place to not only share incredible books but to open a dialogue as well. To bring this experience to a wider audience, Raven Reads was born.

It was designed as a safe space for people to learn about other cultures, about history and to discover beautifully crafted products made by Indigenous entrepreneurs from around the globe.

“My mixed-heritage and Indigenous roots have instilled a passion in me for finding interesting ways to engage, inspire and motivate those around me. Raven Reads was born from a desire to educate others about the devastating impact residential schools had on Indigenous people in Canada.

Residential schools were in place in Canada for more than a century, with the last one closing in 1996. Over 150,000 children attended these schools and many never returned. Often underfunded and overcrowded, these schools were used as a tool of assimilation. Thousands of students suffered physical and sexual abuse - all suffered from loneliness and a longing to be home with their families. Entire cultures, languages and ways of life were wiped out and the impact inflicted by these schools continues to be felt to this day.

The Truth & Reconciliation Committee’s final report (released in 2015) laid the foundation for a way to find common ground for moving forward for both Indigenous and non-Indigenous peoples.

As many of us do, I frequently ask myself what does reconciliation mean and what role can I play in this? I know that reconciliation means different things to different people. To many, it’s about establishing and maintaining a mutually respectful relationship between Indigenous and non-Indigenous peoples in this country. For that to happen, there must be awareness of our collective past along with action that will change behaviour.

We are not there yet. The relationship between Indigenous and non-Indigenous peoples is not a mutually respectful one.

But I believe we can get there.”

The Spark by William Prince

The Ridge by Julian Taylor

According to 2021 Polaris Music Prize, here’s six indigenous artists you should listen to.

A national Indian Residential School Crisis Line has been set up to provide support for residential school survivors and others affected. People can access emotional and crisis referral services by calling the 24-hour national crisis line: 1-866-925-4419.